Samsung launched the Galaxy Note 10 last Wednesday in New York City and begins selling in the U.S. as from next week. However, not once did the Korean company mention anything related to Bixby during the entire keynote.

Since the Galaxy S8, all Samsung flagships have had a dedicated button for Bixby digital assistant. This includes the Galaxy S10 family, but with the Galaxy Note 10, things changed for better or worse.

Samsung not mentioning Bixby when announcing the Galaxy Note 10 said a lot about the future of the virtual assistant. But for now, Bixby isn’t dead and gone, it just found a new home and now lives in the power button. Or actually its the power button that moved to the Bixby button.

At the Galaxy S10 launch, Samsung opened the Bixby button to other functions, including launching the Google Assistant. Perhaps this was an indicator of the things to come. To launch Bixby on the Galaxy Note 10, you do it by long-pressing the power button. This is one of three options, though.

The Galaxy S10 had the option to double-tap to launch Bixby, but with the Note 10, Samsung has simply tweaked the command and moved it to the power button. And despite not mentioning a thing about it on stage, turns out Bixby on the Galaxy Note 10 has a new feature.

When the digital assistant is fired up, it can be quite useful at executing various tasks. One of the newly added features is to remember parking locations using parking photos. That’s a pretty handy feature for people who easily forget where they parked the car in busy cities.

The feature is arriving via a software update pushed to early units of the Galaxy Note 10 that are out there, weighing in at 33.16MB. Once the update is installed, Bixby will be able to capture parking photos and add them to location reminder. This gives you a visual reminder of where the parking is.

Even better is that this same feature is said to be headed to other Samsung Galaxy phones that have the Bixby digital assistant on board. But when exactly the feature or rather update will arrive on the respective devices is unknown for now. But of course, we’ll keep an eye on it for you.

Given the timing of this update, its possible that Galaxy Note 10 users will get it immediately after the device begins selling. However, the time it rolls out might vary depending on the region and, of course, availability of the device.

As usual, we will be keeping tabs on the rollout of the feature and update you when it’s available in your region. 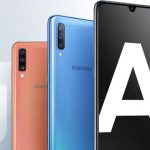 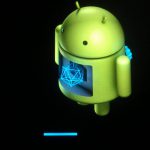