Following in the footsteps of iOS, WhatsApp users can finally use a fingerprint scanner to secure chats on their Android smartphones. This feature has been coming since last year and while it has finally arrived, it’s still in beta.

The first time stories of WhatsApp gaining support for fingerprint scanning feature to access chats popped up towards the end of last year. Notorious leaker WABETAInfo revealed that WhatsApp for iOS was on the verge of receiving the feature and indeed, it arrived in February this year.

With the fingerprint lock feature, iPhone users of WhatsApp can authenticate themselves using Touch ID or FaceID for that matter in order to access their WhatsApp chats. When enabled, you must scan your finger/face even when the iPhone is unlocked to access chats.

Now, as part of the new WhatsApp 2.19.221 beta for Android, users of the app can now turn to their fingerprint scanner for biometric authentication. This adds an extra layer of security to your chats by ensuring that no one other than you can read them.

Only beta testers can access this feature. Even so, not all beta users have already received it as at the time of this writing. From the look of things, not even all users of WhatsApp beta 2.19.221 have the feature enabled on their end, suggesting that the rollout is limited.

Not available yet…. Checked all…
Source

After reinstalling it still not there..
Source

While some people are concerned that the feature hasn’t arrived on their devices yet, others have received it but its reportedly crashing when they try to enable it. Given that it’s still in beta, it doesn’t surprise us that there’s a bug to deal with.

Got it but it’s crashing when I try to enable it ?
Source

For those who have received the feature, the Fingerprint lock option can be found in WhatsApp Settings > Account > Privacy. Of course, your device must have a fingerprint scanner for this option to show up. Also, you need at least Android Marshmallow and above for the feature to work. When enabled, you must use the fingerprint scanner to gain access to WhatsApp chats, but this doesn’t affect WhatsApp voice and video calls. Even if WhatsApp is locked, Android users can still be able to receive calls.

It’s also possible to schedule to automatically lock WhatsApp after a certain period of inactivity. You can choose to lock the app immediately, after a minute or after 30 minutes. I’m not sure why they would skip from 1 to 30 minutes, but then again, this feature is still in beta. By the look of things, the feature is available in multiple markets that include Dubai, Malaysia, India, and so on. Granted, most, if not all, beta users of WhatsApp should receive the feature on their devices as well. We also expect the stable version to receive it soon too.

Have you received WhatsApp fingerprint lock on your Android smartphone? Let us know about it in your comments below. 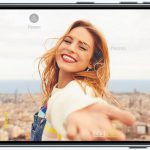 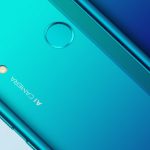