Tumblr, a microblogging and social networking website, has had a bumpy ride since 2013 once it was sold to Yahoo! Inc. for $1.1 billion.

The popularity of the website further depreciated when its second buyer, Verizon, implemented the adult content ban in December 2018. 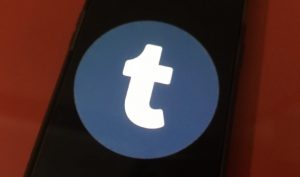 According to The Wall Street Journal, Verizon has sold the Tumblr website to Wordpress owners. Verizon decided to ban adult content from its platform in December 2018 when its mobile app was removed from the iOS store due to the discovery of child pornography on the site.

After the ban, many annoyed Tumblr users ran social media campaigns to boycott the website. But now the website has been purchased by Automattic, the company that also owns Wordpress.

Many users are wondering whether the Automattic will lift off the adult content ban or not. Matt Mullenweg, the CEO of Automattic Inc, has made a statement on this matter which can be read below.

Tumblr will not reverse its adult content ban. Instead, the site is meant to be a “complementary” site to WordPress. “It’s just fun.” “We’re not going to change any of that.”

The Tumblr acquisition is the largest ever in terms of price and head count for Automattic, the CEO of Automattic Inc, Matt Mullenweg said in an interview.

So for now, Wordpress owners are not lifting the adult content ban from Tumblr.

But what is most surprising about this acquisition is that Automattic has bought Tumblr from Verizon for less than $3 million. Automattic will also retain 200 Tumblr employees as part of the deal.

Many users made a mockery out of this deal, and they think Automattic has acquired Tumblr at a very low price, as Yahoo paid $1.1 billion for it in 2013.

However, after the ban on adult content on Tumblr, many of its alternatives came to rise including Newgrounds, Pillowfort, Sharesome, Ghost,Explicitr and Suffra. You can check more Tumblr alternatives by heading here. 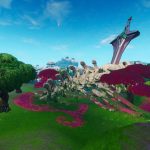