LineageOS aka LOS is the unputdownable Jedi in the universe of Android custom ROMs. Maintaining the ‘lineage’ of the former CyanogenMod, this distribution started their journey back in December, 2016. Since then, LineageOS is the go-to destination for most of the smartphone tinkerers.

While LineageOS can be useful to keep legacy devices updated with newer Android versions, a great many number of people prefer to run to a feature-rich but close to stock version of Android on their phones.

This switching trend can be seen particularly for OEMs who put heavily customized skins in their device portfolio. Be it ColorOS from Realme/OPPO, MIUI from Xiaomi or EMUI from Huawei/Honor, users want to get rid of the delayed updates, clumsy UI/UX and lack of long term support.

Unlockable bootloader, availability of kernel source codes, bang-for-the-buck pricing, wider availability… the list is quite long, but you should get the reasons behind Xiaomi’s dominance in the aftermarket development scene.

Matter of fact, Pocophone F1 (codename: beryllium) is one of the most popular Xiaomi devices among LineageOS community. However, the maintainers of LOS abruptly stopped supporting each and every phone from the Chinese OEM a few hours ago.

The community quickly noticed the anomaly, which eventually turned into a panic attack. The official Twitter handle of LineageOS issued a rather vague statement as a response:

Xiaomi builds are temporarily being removed due to a github problem, they’ll be restored once we’ve dealt with this.

A discussion was started immediately in the official subreddit of LineageOS, but the situational canvas has not been cleared till now. We decided to dig a little and found the actual cause – a plain-n-simple case of copyright infringement! Turned out, a Chinese company named Beijing SenseTime Technology Development Co., Ltd. has initiated an injunction on a piece of code. According to the DMCA takedown notice, Xiaomi developed the Face Unlock module in MIUI based on SenseTime SDK.

How is LineageOS involved? Well, due to the proprietary nature of these components, they are extracted from the factory image and the open source maintainers reuse them (aka ‘blobs’) to achieve the similar functionality in custom ROMs, including LineageOS. Apparently, this is a strong violation.

The repository of Xiaomi specific vendor blobs is currently offline, which is a direct outcome of this takedown notice. SenseTime is acting pretty hard in this case, as they have identified a bunch of forks (clones) of the same repo and requested to remove them too!

These source codes are not licensed under any open source license.

Please help us remove all the above repositories, which infringe SenseTime’s rights by reproducing substantial portions of SenseTime’s internal and proprietary source codes.

The complete takedown request can be found here. We hope the maintainers of LineageOS will resolve the conflict with SenseTime in due course, so that the custom ROM community is going to shine once more. Cross your fingers! 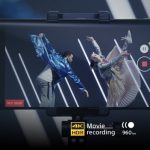 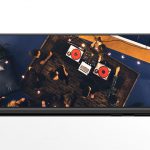