Respawn Entertainment is bringing in a limited time solo mode to Apex Legends which will be called the Iron Crown Collection Event. Apex Legends official Twitter handle revealed this information with a message: “Next week, only one can reign.”

The Iron Crown Collection event will go live on 13 August and will stay live until August 27 2019. The event is also bringing in the most awaited solos mode for the game which fans have been desiring for quite a long time.

Next week, only one can reign. 👑

But the thing is that the Iron Crown Collection Event is only a limited-time mode which means it will only be available until August 27 2019. Limited-time modes are quite popular, and many other battle royale games like PUBG and Fortnite keep introducing new modes from time to time.

In the new Solos mode, it will be the first time in Apex Legends that players will ditch their teams. Players were also expecting the addition of a few new skins for the Iron Crown Collection Event.

Well, Respawn Entertainment is living up to those expectations as a new skin for Wraith has been introduced on the Apex Legends official Twitter. The caption of the skin reads, R̶e̶d̶a̶c̶t̶e̶d̶, First of Her Name, Protector of the Void. Have a look at the new Wraith skin below.

R̶e̶d̶a̶c̶t̶e̶d̶, First of Her Name, Protector of the Void ⚔

Prepare to fight for your honor, only one can emerge victorious. The Iron Crown Collection Event begins 8/13. pic.twitter.com/hTu1IDhItQ

A few more skins were also leaked on Reddit two days back. Have a look at the leaked skins down below.

Speaking of ‘solos mode’, it will be interesting to see how players will formulate their strategy as until now they have been playing in a team.

For a quick refresher, leaks regarding the new legend Crypto have been floating around for the past couple of days. Crypto is supposedly a hacker, who will crash the Repulsor Tower, which will allow Flyers and leviathans to invade King Canyon.

In addition to Crypto, one more legend is expected to become part of the game in the coming time, and that is Rosie. The name Rosie was retrieved from the data mined files by leakers.

Respawn dev Tina Sanchez posted a few images on Twitter from her motion capture session, which fans suspected was for the new legend Rosie. But it is unclear whether those images were for new legend Rosie or for new emotes.

For now, we need to take this information with a grain of salt as none of this has been officially confirmed by Respawn yet. Well, many of you must be wondering when the next legend Crypto or Rosie can become part of the game.

If we follow the pattern of Respawn, they added one legend ‘Wattson‘ for Season 2. So it is very likely Crypto or Rosie will come along with Season 3 which is expected to commence in October. 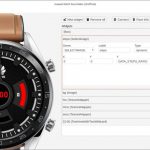 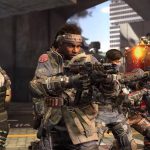