T-Mobile should be in a celebratory mood following the recent approval of the $26 billion Sprint merger by the U.S. Justice Department. The two carriers, third and fourth in the market, will now become one in a bid to provide stiffer competition to market leaders Verizon Wireless and AT&T.

Sure, there are several ways the end-user stands to benefit from this merger, but certainly not the frequency and timeliness of releasing software updates. Even the biggest of them all, Verizon and AT&T, still struggle with timely software updates, which is pretty quotidian with carriers.

For instance, Samsung Gear S3 One UI update started rolling out back in May. For weeks, T-Mobile users have been flocking the company’s forums requesting for the One UI update for the Gear S3 and some seeking answers as to why it hasn’t been released. Here’re some of the complaints:

This update came out in MAY. We are now in the middle of JULY. What can possibly take T-Mobile so much longer to release a software update. This should have been released no more than 2 weeks after the original release. VERY subpar support.

At some point, one member of the T-Mobile support team, tmo_mike_c, jumped in with some assurances for unhappy Gear S3 users, confirming that the T-Mobile One UI update is there only that it hasn’t been released.

But a couple of days later, the same support member delivered a major blow when he broke the news that Samsung Gear S3 One UI update had been delayed for unknown reasons.

I understand. I don’t have any specifics on the delay. I recently got word it was pushed back a bit. From what I’ve been told, it’s still coming, but we’ll need to wait.

Well, the wait is finally over folks! As of this writing, we can gladly confirm that Samsung Gear S3 One UI update is ready to download and install on your T-Mobile variant of the watch. The rollout has just started, meaning only a few lucky units should have received the OTA download by now.

The One UI update has finally landed for the Gear S3 on T-Mobile! ?? My other screenshot of the update landing didn’t take ?

The One UI update brings along all the goodness of the updated Samsung skin for the watch, including updated graphics that deliver a refreshed look, new watch faces, a revamped quick panel, updated settings for easier discovery, improved battery life and more.

See the screengrab below for the full changelog.

It’s worth noting that the Samsung Gear S3 One UI update comes as a blessing in disguise for owners of this watch. It has been around for over two years now, which means Samsung could have easily skipped it to force you to buy the newer Galaxy Watch Active, but it didn’t.

That said, you’ll be getting some of the new features that come with the Galaxy Watch Active once you upgrade to the latest One UI, so be sure to grab the download once the OTA notification pops up. 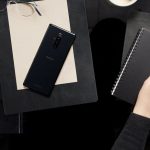 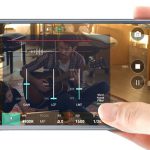