A couple of days back, we were talking about Oppo F9/F9 Pro device users inquiring about Android Pie-based ColorOS 6’s advent when the company pushed a monthly security patch on the units.

Soon after, the OEM cleared the air on the matter, confirming F9/F9 Pro & F7 will also get ColorOS 6. For a quick refresher, Oppo F9 (aka F9 Pro in India) is the company’s 2018 mid-range device powered by Mediatek Helio P60 SoC. This is OEMs first tear-drop notch design phone, and it comes with Android 8.1 (Oreo), layered with ColorOS 5.2 out of the box.

Recently, Oppo customer care on Twitter confirmed the team is “currently working on the ColorOS upgrade for OPPO F9.” And now, the long-awaited ColorOS 6 has been made available for Oppo F9/F9 Pro, though in beta.

So finally, there has come to light at least some progress regarding ColorSO 6 on Oppo devices. As for what changes will Oppo F9/F9 Pro users get to see, ColorOS 6 beta brings Game Boost 2.0, swipe gestures on both side for better navigation, custom DND, system sound recording, the ability to hide unimportant notifications with a tap, shared photo albums and a revamped UI.

Users can now block calls and messages from numbers beginning with certain prefixes. Also, flash on incoming call (when the screen is in sleep) has been added. The complete changelog is quite long, and here’s what it reads:

As is the case with beta updates, ColorOS 6 will be available on registration basis. So those of you who wish to beta test ColorOS 6 on their F9/F9 Pro units can head here to fill up the form. Hurry up as there are limited spots available, and only select users will get a chance to test the beta build.

BTW this trial version of Android Pie/ColorOS 6 is only available for Indian region devices as of now. The OEM however, plans to open the same for F9/F9 Pro devices in other regions soon. Considering the beta build is here, the stable version of ColorOS 6 should also be coming sometime soon.

Rest assured, we are keeping a close watch on all related developments and will update the story, as and when the stable build gets live. In the mean time, those of you who wish to enroll in beta testing, do share with us your experience by dropping a comment below.

Oppo customer care says despite successful registration, F9/F9 Pro users will have to wait for some time to get hands on ColorOS 6 beta build.

Oppo customer care has recently shared the first batch of ColorOS 6/Android Pie beta testing on Oppo F9 Pro has been completed successfully, and they’ll soon start with the second one.

We have released ColorOS 6+Pie Trial version for OPPO F9 Pro. Its first batch is completed. However, we’ll come up with the second batch soon. Stay tuned.

MIUI 'Open with' window not working? Fix in works 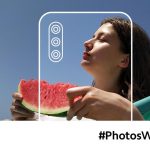