Overwatch’s new tank hero Sigma is still getting tweaked in PTR updates as Blizzard developers are finding the perfect balance for the new character before releasing it to the main game.

Blizzard has released a new PTR update for the game which has buffed the new character Sigma. The latest PTR update also incorporates many other bug fixes and changes. Sigma was first introduced in PTR update on July 23 and will soon join the other tanks available in the game including Roadhog, Reinhardt, D.Va, Orisa, Winston, Wrecking Ball and Zarya. The latest PTR patch includes updates and fixes for many heroes. Significant changes have been made to Sigma’s Kinetic Grasp and Experimental Barrier. 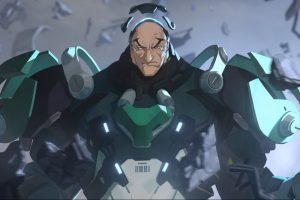 However, it has still not been made official when the new tank Sigma will join the main game, as players are desperately waiting to make team combinations with Sigma.

The patch also includes fixes for Wrecking Ball, Sombra, Reinhardt. The Wrecking Ball bug which got him stuck while using ‘Piledriver move’ on slippery terrain has been corrected.

The latest PTR update has also fixed out the issues with Placement previews and orientation toggles for placements flickering at higher latencies.

You can read the complete Overwatch July 31 PTR update patch notes from below.