One of the major promises of the Android One strategy of Google is to ensure regular and swift monthly security patches to every kind of phones, including dirt-cheap entry level devices. However, the majority of Android One phones fail to maintain the agreement.

Let’s shift the focus to Xiaomi, and they have a bunch of woeful incidents regarding update delivery to their Android One lineup. Starting from creating bootloops to delivering buggy OTA, the Chinese OEM literally ruined the true flavor of Android One.

Aside from those incidents, they usually roll out these updates without any major changes underneath. The July update started hitting Mi A1 last week, bringing nothing significant other than the new security patch, but Mi A2/A2 Lite owners had to wait a bit more to get the same.

Since last few days, both Mi A2 and Mi A2 Lite owners are reportedly getting new update prompt on their phones. As a matter of interest, the size of the incremental OTA is significantly larger than previous months – 142 MB versus ~100 MB.

Wait, there’s more! The double tap to wake (DT2W) functionality has reportedly been taken down by Xiaomi. While this change is useful to prevent accidental wakeups inside pocket, a complete removal of the feature is rather disastrous. I’ve just downloaded it here in Mexico. It seems they have disabled the double tap to wake functionality. For me this is great, the phone kept unlocking inside my pocket.

That’s not the end of the mishaps! Looks like the new update introduced a new glitch in screen rotation which is allegedly broken while going from horizontal to vertical orientation. While Mi A2/A2 Lite owners are having all these tantrums, the full update packages are not live yet on Xiaomi servers. PiunikaWeb is monitoring the situation, and we will update the article in case the builds are pulled back in future due to the reported issues.

Xiaomi is distributing the August security update for Mi A2 (10.0.13.0) in a staged manner. The build reportedly contains the fix for the display rotation bug. Details here. 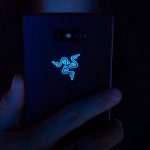 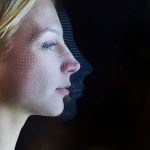