[Arrives on Google Fi] Motorola Moto G6 Play Android Pie (9.0) update rolling out in US for real this time

Another Pie update on Motorola devices this week, clap-clap.

Just few hours back, American phone manufacturer Motorola pushed the long-awaited Android 9.0 Pie to the unlocked US variants of Moto G6. The update bumped the version to PDS29.118-11-1, and brought along the May security patch.

As some of you may remember, back in August last year, through the company’s official blog, Motorola unveiled that Moto Z2 Force, Moto Z3/Z3 Play, Moto Z2 Play, Moto X4, Moto G6/G6 Plus/G6 Play, Motorola One & Motorola One Power will be the phones that will get to taste the Pie.

Among the above-listed devices, Moto G6 Play models in the US are now receiving Pie. Moto G6 Play is a 2018 budget device powered with Snapdragon 430/427. The phone originally shipped with Android 8.0 Oreo.

Back in April this year, tech-media publications went gaga about Android Pie’s arrival on Moto G6 Play devices in the US, soon after Motorola shared the release notes on their official website. The support page read the firmware brings the April security patch (as can be seen in the image below).

But did the update actually go live? No, it did not. A quick rush through the comments section of Pie update stories published by different tech news websites clearly conveys the update despite being listed at the company’s official support page, never went live.

But that changes now. We are getting reports from Moto G6 Play users across online discussion platforms Reddit and Twitter about the Pie update finally arriving on the US variants. Device users with carriers like T-Mobile & Sprint have confirmed the release.

The update reportedly bears build numbers like PPP29.118-17-1 or PCP29.118-41 (different for different carriers presumably). Unlike the release notes according to which Pie on Moto G6 Play (which never started rolling) brought the April security patch, the current update brings the May security patch.

Here are some user shared images: Moto G6 Play users in the US be like “Finally.”

As is usually the case with firmware updates, they roll out in batches, so Pie may take time to reach out to all Moto G6 Play devices in the US. Hang in tight, as you may get to see the update notification soon. Happy installation?.

And yes, don’t forget to drop a comment and share with us your experience with Pie once you get hands on it.

Motorola US has confirmed that GoogleFi models of Moto G6 will indeed get Android Pie, however there’s no ETA for that. Android Pie is now rolling out to GoogleFi variants of Moto G6. 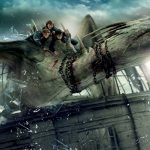 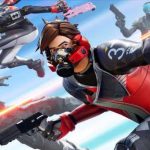 [Battle Star & V-buck compensation] Fortnite v9.40.1 causing issues on iOS, or game crashing on iOS 13? Here's what to do