Shadow and Purified Pokemon has been added in the wake of the upcoming Team Go rocket event. Along with this, a new charge move mechanics have been added to the trainer battle. The update also added mini-games for trainer battle, and now they are live in the game.

Speaking of Charge Move mini-games for trainer battle, it works with a swiping technique that requires little skill. It requires players to follow a pattern on the screen to perform a Charge move. As there are 18 types of Pokemon, hence we have 18 different patterns.

The charge move will be Nice, Great, or Excellent, depending on how well you have traced the pattern. Niantic has also given a new Pokemon team to Team Leaders – Blanche, Candela, and Spark.

Have a look at the new charged swipe patterns in the video below.

Team Leaders can also use Protect Shields now. Have a look at the video below. Also, in trainer battle now players will get 5 seconds to decide whether to shield or not

Mentioned below is the new team for Team Leaders Blanche, Candela, and Spark. Also, the CP values of Pokemon have increased for Team Leaders. Have a look at the new CP values below.

Also, Pokemon Community Day for this month will get live on 21 July from 4-7 PM local time. Community Day will feature Mudkip, a water-type Pokemon. Players will be awarded several bonuses during this event. The list of Community Day bonuses includes 3-hour Lures and 3x Catch XP. If players will evolve their Marshtomp to Swampert, their Pokemon will learn a special move ‘Hydro Cannon’. If you are lucky, you can also encounter shiny Mudkip. 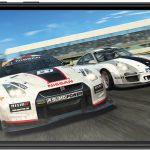