Harry Potter, well the character is a sensation in itself, and so are the novels, movies and games built upon it. I have been a dedicated admirer of the book and movie series myself. Inspired by Harry Potter, the new online game Harry Potter Wizards Unite (HPWU) has a growing fan base.

The very first in-game event of HPWU, Brilliant: Fauna & Flora was held July 3 onward. It introduced stuff like Brilliant Foundables, Brilliant Runestones, Brilliant Event Tasks, 7km Portkeys and not to miss the Restricted Books that were made accessible to power up the Profession Skill Trees.

The event also included new rewards like Brilliant Beanie, that could be obtained upon completing the tasks successfully. But, it turned out to be buggy. Going by user reports, despite getting through the Flora & Fauna event with the Brilliant Beanie reward, they didn’t get it. Here’s how a user words this: In addition, some users who got the Beanie reward, say after installing the latest update (v2.1.0), they got a notification stating “Event Content Expired,” following which they lost their Beanie reward. So there could be a possibility the latest update triggered an issue. Here’s how the user explained this:

After updating to 2.1.0, I got a notice that the “Event Content Expired”. No big deal, I already had a cool picture with my beanie. Then I saw that the photo had been reset. Good bye, beanie! I guess in the big scheme of things it’s not so important, but it is a little disappointing.

Just in time HPWU team has officially acknowledged the problem. The team says, they’re aware the Brilliant Beanie award wasn’t made available for the players who won the Lens. What’s good is they’ve identified a fix which should go live by the end of this week.

In a later release, we have have the Brilliant Beanie only in the profiles of players who were awarded the Lens during Flora & Fauna Brilliant Event. So those of you who won the Brilliant Beanie reward but didn’t get it, don’t worry. You’ll get it soon. Moving on, the team has also acknowledged a small glitch with counting friends’ achievements. Players say, the achievements show up for some friends, but not all (as can be seen in the image below).

The team says they’re aware of this problem as well and are looking for a fix.

This is a known issue. Looking into a fix. Here’s hoping both the problems get resolved at the soonest. Rest assured, we are keeping a tab and will let you know in case of further developments on the matters. 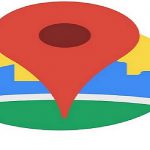