Fornite Season 9 is approaching its conclusion, and we are just a few weeks away from the commencement of Fortnite Season 10. The next season is expected to start on August 1, 2019. A big in-game event usually accompanies the start of each new season.

Now players have started noticing buildups for a big in-game event which will set the platform for Fortnite Season 10. A Polar Peak monster named ‘Cattus’ has been moving around the Fortnite map for the past couple of weeks. 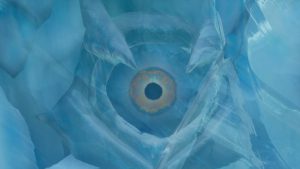 A gigantic robot is also under construction at Pressure Plant to counter the destructive monster Cattus, who will possibly end the scare of the Cattus monster.

Like previous in-game events, a countdown to this event has been put up in the Fortnite sky. But the players are noticing some new developments with the giant robot located at Pressure Plant. Now the robot has two wings on its back, which hints at a possible aerial battle between Cattus monster and the Giant Robot. It is also a possibility that wings have been added to the robot, such that it can evade the attacks from the monster. The metal beast has been given the name Doggus. The battle between Cattus and Doggus will surely be an interesting event to watch. The fight between the two giants will set the theme for Season 10. Fortnite Cattus and Doggus event will kick off on July 20 at 12:00 PM PST. Several leaks from the past few weeks indicate that after this event, we will see some slow changes on the map and that may bring danger to the land, and players will have to take the high ground to avoid it. But we will have to wait and see what comes next for Season 10. Fortnite is currently available on PC, Xbox One, PS4, Switch, iOS and Android platforms. For a quick refresher, the game has two modes: Save the World and Battle Royale.

The latter mode is more popular among fans, and Epic Games keeps hosting many in-game challenges and events for the Battle Royale mode of the game to keep players lured to the game.