The first Forza Horizon game came into existence in 2012, and I was awestruck by it. Forza Horizon offered an open world racing environment and was developed by Playground Games in association with Turn 10 studios. Microsoft Studios was the publisher for the game.

Forza Horizon Series focuses on the Horizon festival which has moved to different locations in the sequences of the game title. In the words of the game’s creative director, Dan Greenawalt, Forza Horizon series offers a more relaxed gameplay experience. The biggest question now which fans are asking is when the new Forza Horizon title will be released. Before that, we need to pay a look at the release pattern of the Forza Horizon series.

If one follows the release pattern for this series, the next title which might be named Forza Horizon 5 should be released in 2020. But there is still no word from any official when the next title of the game will come out. The next question arises what will be the location for the next title of Forza Horizon series. We have seen that the Horizon festival has moved to a new location for each new part of the series. Over a Reddit discussion forum, many players are predicting and requesting that the next location for the game should be Japan. They have also shared the Horizon Japan map concept, which grabbed the attention of several players. If we follow the location pattern selection for the series, it hints that the next possible location could be some Asian region. Let’s have a look at the location pattern for Horizon series.

So formally, we are done with the European, American, and Australian regions. The best possible location to set up the Horizon Festival should be an Asian region. Well, for the time being, we have to wait for the Microsoft Studios or Playground Games to reveal details about Forza Horizon 5 (Forza 2020).  We are keeping a close tab on all Forza Horizon developments as soon as the news hits the floor, we will update it here. 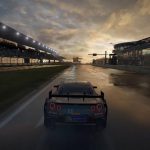 Forza Motorsport 8 release date: When is the game coming out? 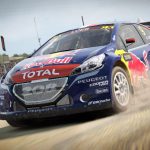 Dirt 5 Release Date - When is the game coming out?