Less than a month after receiving the May security patch, a new update has started rolling out to the Realme 3. It’s not a major update per se, but it does bring along at least a couple of important changes.

Firstly, the security patch has been bumped to the month of June – 05 June to be precise. And secondly, a seemingly critical issue – wherein the device couldn’t receive calls in some cases – has been fixed. We were able to obtain the screenshots of this update, which arrives as version RMX1825EX_11_A.18 and weighs in at 168MB. Take a look:

As you can see in the change log above, apart from the changes we described so far, the update also includes some general bug fixes and improvements. Needless to say, many a times update change logs don’t mention everything, so there could be some hidden changes as well.

It seems the roll out as of now is in very early stages as the official Realme software update page currently doesn’t reflect any information related to this update – heck, it still displays RMX1821EX_11.A.16 update that was rolled out towards May end.

For a quick refresher, Realme 3 is the company’s phone from 2019, which unlike Realme 3 Pro (that is powered by Snapdragon 710 SoC) is powered by the Helio P60 chipset. The device is shipped with Android 9.0 Pie layered with Color OS 6 out of the box.

The May security update for the device had brought along many changes, including addition of apps like Theme Store, App Market, Community app. Following is the complete change log.

Coming back to the new June security update, we’re yet to capture it, so no download link as of now. But we’re on a constant look out, and will update the story as and when we capture the full update. Meanwhile, let us know how the new update is treating you. 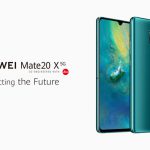