Chrome OS from Google is widely popular among students and casual PC users due to its simplicity and lightweight nature. You don’t need to bother about maintenance, antivirus or BSOD – just get the work done with the familiar interface of Google Chrome.

For more serious workload, the Mountain View giant included Linux apps support since last few iterations of the Chrome OS. Since the browser centric OS is actually built on the foundation of Gentoo, implementing the app layer compatibility is not so difficult.

Well, there are some convoluted terminologies regarding the Linux compatibility. In short, Crostini is the unified term used by Google to describe the container based Linux app support layer.

Crostini is the umbrella term for making Linux application support easy to use and integrating well with Chrome OS. It largely focuses on getting you a Terminal with a container with easy access to install whatever developer-focused tools you might want. It’s the default first-party experience.

The Terminal app is the first entry point to that environment. It‘s basically just crosh. It takes care of kicking off everything else in the system that you’ll interact with.

On July 26, the Beta channel of Chrome OS has been updated to 76.0.3809.38 (Platform version: 12239.19.0) for multiple devices. This build contains a number of bug fixes, security updates and feature enhancements, but it allegedly breaks Crostini support.

Upon further investigating, looks like the ‘fizz’ family of devices, specifically ‘jax’ and ‘teemo’ are affected by this bug. In fact, Google developers are well aware of this issue.

How frequently does this problem reproduce? (Always, sometimes, hard to reproduce?)

This issue seems only related to jax and teemo(fizz family). Linux installation can be installed in teemo in 12239.0.0, after updating to 12239.12.0, Linux can not be found in settings.

The root cause is actually hidden underneath this commit, which is responsible to break hardware virtualization support, which results in the disappearance of Crostini (Linux apps) altogether from the affected Chromebooks/Chromeboxes.

The team is discussing the aftereffects of the bug, while internally pushing code commits to fix the disaster. The proper patch is already submitted to the v77 branch, and the Platform version 12239.20.0 of v76 now contains the fix as well. Have you lost all your Linux configs after installing the latest beta of Chrome OS? Let us know by commenting below.

Android apps under Chrome OS are reportedly unable to access the internet (or any kind of network) after the latest beta update of Chrome OS. Read here in details. 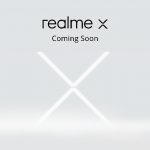