Apex Legends Season 2 will be released on July 2 and will introduce all-new Battle pass for the season. But in the past couple of days, Apex Legends players have started noticing the movement of leviathans. Flyers or dragons have also started strolling over the map of the Grand Canyon.

The introduction of Flyers or Dragons in Apex Legends has already raised the curiosity of players as they are pretty excited to know how they will actually work in the game.

When this teaser went live, many people started noticing that Repulsor Tower started moving, and shared it on Reddit. Now many people are expected that something big is about to happen on the Kings Canyon map around the Repulsor Tower.

According to an Apex Legends leak, the Repulsor Tower will be hacked by a new Legend name Crypto; he will presumably hack the tower with his powerful laptop which will bring in a lot of water to the Kings Canyon map.

It may also bring wildlife creatures to the game, as suggested above in the official teaser. He may possibly debut in Apex Legends Season 2 alongside Wattson. We have to wait and see what Apex Legends Season 2 will bring into the game, apart from the already announced new Legend Wattson, L-STAR weapon and new battle pass. 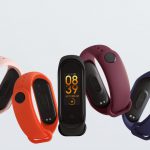 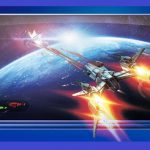