Chinese phone maker Xiaomi recently announced that their public beta testing initiative of MIUI would be shut down to improve the frequency of updates via stable channel. A huge number of users apparently failed to understand the true meaning of beta testing, and enrolled only to try out new features.

OnePlus, another Chinese OEM with an open beta testing infrastructure, still wants to continue the endeavour. Compared to Xiaomi, the device portfolio of OnePlus is quite small. Thus servicing them with regular beta updates shouldn’t be problematic.

As a matter of fact, Oneplus did bring a number of new features along with June security patch to OnePlus 5/5T and 6/6T in the mid-June Open Beta OTA. The phones got the taste of Digital Wellbeing (which is still absent from OnePlus 7 series), Fnatic game mode and the native screen recorder.

The month of June is running almost towards the end, and OnePlus is rolling out yet another update via the Beta channel. Open Beta 21 for the OnePlus 6 and Open Beta 3 for the OnePlus 6T comes with updated stock apps (such as Weather and Phone) with various fixes.

OnePlus’ Manu J. has officially announced the arrival of the new OTA in their forum a few hours ago. The changelog is as follows:

– Improved experience with searching for contacts

That’s it – no new security patch (the exception is kinda overkill TBH), but tons of fixes and improvements related to the newly introduced Screen Recorder as well as the old school dialer (Phone) and Weather apps.

As always, our readers can grab the full update packages from the following links – courtesy of the Oxygen Updater project:

There is no new update for the OnePlus 5/5T users, albeit they should expect one soon with a similar changelog.

OxygenOS Open Beta 35/33 is now rolling out for OnePlus 5/5T respectively, which brings Zen Mode. This is the last Open Beta for OnePlus 5 and 5T. Read on. 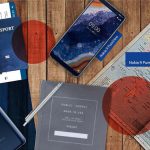 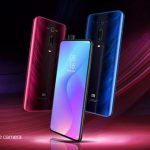