[Updated] Google Chrome suggested articles (aka 'Articles for you') not showing? Fix in works, confirms company Opening a new Google Chrome tab on your phone (Android/iOS) brings up a list of suggested articles tagged as ‘Articles for you’ along with the Search tab and shortcut icons of frequently visited sites and others like Bookmarks, Reading List, Recent tabs and History (as can be seen in the image below).

However, for past few months, the feature is broken and not working for many on both Android and iOS devices. Going by reports posted across Google Chrome help, the ‘Articles for you’ section now states “That’s all for now: Your suggested articles appear here,” instead of recommending articles.

Here’s how users on both platforms word the problem, followed by a user shared image of ‘Articles for you’ not showing up on their Android unit:

Suggested articles have stopped showing up in Google Chrome in the french language for about a week now. For other languages there are articles shown, but not for french. What’s going on ? They stopped showing up over night, just when Google did the algorithm change, on the 12th. I’ve made no changes to my device.

Coming to what has the company said and done so far, in the third week of May, a product expert at Google Chrome help acknowledged the issue saying:

It’s a central problem that’s being investigated
At the moment, you may have to wait for a bug fix to make it work again.

They repeated the same a few days back as well. Bug reports have been filed regarding this at Chromium issue tracker, where on a thread that was posted in March highlighting the problem on both Android and iOS, someone from from Chromium team confirmed the problem.

Chromium team diagnosed the issue is language specific, and works fine when set to English. Then a few days later, a Google employee pitched in on the same thread saying a fix will be rolled out soon. However, a few days later, they changed their statement saying the fix has been delayed.

Here are all the responses:

But nothing came after that. It’s worth mentioning that going by latest reports, the problem appears to be affecting even those who are using Google Chrome in English language.

Recently, another bug report regarding this issue was filed on Chromium issue tracker, where a few days back, a Chromium team member called the problem know and asked users to enable WiFi for suggested articles to show up until the company fixes whatever is causing this glitch.

We think this is related to a known issue that we’re working to resolve. One potential work around is to connect to WiFi and see if the articles list refreshes.

Some users have given the WiFi workaround a green signal. So those of you who are facing the issue can give it a try. Rest assured, like always, we are keeping a close watch on all related developments and will update the story as and when any relevant information comes to our sight.

While the root cause has been identified, sadly there’s no ETA for changing the existing behaviour. Here’s what someone from the Chromium team recently said:

The good news is the root cause has been found. The bad news is we don’t have any short term plans to change the behavior. We’ve essentially raised the quality bar that suggestion articles must pass, and due to the low quantity of some language + country pairs (in this case, Romanian/French in the US), we end up with scenarios where we have very few articles, often zero. We are working towards an approach that handles this gracefully, but we’re a long way off.

Leaving this as External Dependency, there’s no action we’re currently taking on the chromium side. 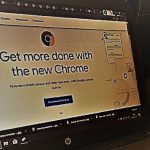 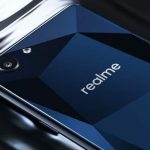