OnePlus phones started their journey with OnePlus One running Cyanogen OS, which was one of the major selling points of their debut phone. However, the Chinese variant of the same phone came with ColorOS – the (in)famous skin from their parent company (OPPO).

After Cyanogen Inc. got defunct, OnePlus released OxygenOS for their global models which was slightly less feature-rich then, compared to Cyanogen OS. The Chinese units started to ship with HydrogenOS (also known as H2OS), which was tailor made for Chinese ecosystem.

It is possible to install OxygenOS on Chinese OnePlus phones and vice-versa, even without unlocking the bootloader. The Chinese OEM offers full recovery flashable zips of both variants in their support site, which can be used by end users to convert their phones without any hassle.

There was a rumor about merging the OxygenOS and HydrogenOS team together for faster updates, but it apparently didn’t materialize. However, the modern version of both skins are pretty similar in design. In fact, they share a common codebase apart from the region specific bundled apps.

Starting from OnePlus 6, the OEM removed the support of flashing update zip packages from stock recovery. The option of sideloading via ADB is not present as well, thus OnePlus owners can only use the Local Upgrade method to flash the recovery zips.

Now there’s a catch! You can’t downgrade using the built-in Local Upgrade app. If the compilation date of the installed version of OxygenOS (or HydrogenOS) instance is newer than the build you’re trying to flash, the app will straight away prevent you.

While it is possible to unlock the bootloader and manually flash the partitions using fastboot after converting the update package, the procedure is too much cumbersome. Advanced users can also use the appropriate MSM Download Tool to convert their phones without touching the bootloader, but both methods require access to a PC.

Now that OnePlus announced not to sell the regular OnePlus 7 in North America, many people (and third party retailers) began to import Chinese units. The India/China exclusive Red color variant is another item sought by both US and European OnePlus fans.

Worry not, as we are going to describe an easy-to-follow method so that you can convert your Chinese OnePlus 7/OnePlus 7 Pro to global model irrespective of the version of installed HydrogenOS. As an addon, you don’t need to unlock the bootloader in this process.

1. Download the appropriate rollback zip for your model from the following links:

2. Use Local Upgrade method to flash. If you are on HydrogenOS, most likely you will end up in stock recovery, then do a factory reset.

3. The phone will boot with an older version of OxygenOS.

4. Download updated recovery zip from this article (you can choose between European and global ROMs) and flash once again.

That’s it! The idea is to use the rollback packages from Android Q beta testing, as they ignore the version number of the installed OS. It is worth mentioning that the internal data will be wiped in this process, so back up beforehand.

How many of you are planning to import the Red OnePlus 7? Let us know by commenting below. 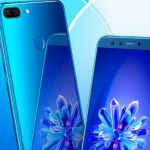