In today’s fast-moving world, we’re often so engrossed in something or the other that it sometimes gets difficult to even answer the incoming calls. That’s when voicemail comes into picture. Short and crisp recorded voice messages that can be left if one doesn’t answer a call.

But functionalities often get derailed, and something similar is being reported regarding voicemails by Google Fi customers. Google Fi (formerly Project Fi) is the search engine giant’s mobile virtual network operator (MVNO) which uses networks from other carriers like Sprint & T-Mobile in the US.

The service was recently hit with a nationwide outage that left subscribers unable to make/receive phone calls. Well, the company managed to bring things back up soon. And now we’ve caught sight of yet another problem that appears to be troubling many Google Fi users and is being worked on.

For past couple of weeks, Google Fi subscribers are chiming about voicemail beep/tone acting buggy.

In both cases, callers get confused whether the voice message is even being recorded or not. The problem apparently affects Google Pixel, Nexus, Motorola and LG phone users. Reports regarding this can be seen posted across Google Fi community, Reddit as well as Twitter.

Here are some for you to take a quick glance at:

Anyone else having issues with their voicemails? Apparently when callers are leaving me voicemails there is no tone / beep. It’s made for some hilarious moments because they don’t realize for about 10-15 seconds they’re being recorded already, but it does need to be fixed. I sent in a support request to Google Fi, and i’ll update this when I get a response from them.

The “tone” that notes the time to start leaving a message on voicemail now comes at the beginning or middle of our voicemail greeting. Recording actively starts at that moment. This is leading to many long voicemails where the person starts talking 10-20 seconds into the message. It also leads to no voicemail at all or instant callbacks because people are confused about what is going on.

A lot of complainants who got in touch with Google Fi support shared they’ve been informed the problem is a known one, and the company is working to resolve it. Here’s what one of the affected users was told:

“This isn’t a device-specific or user-generated issue, it is system-wide and we are working on a fix. You can expect an email soon with further information…”

A quick look at Twitter reveals Google Fi is aware of Voicemail beep or tone issue and is working on the same. Here’s what they said a few days ago while reverting back to a complainant: All in all, the problem is being looked into but there is no information as to by when will it get fixed. Rest assured, we are keeping a close watch on all related developments and will update the story as and when anything relevant comes to our notice.

NOTE: Looking for more Google-related bugs/issues, news and stuff? You may head here. 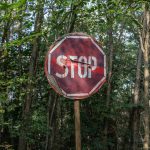