Chromebooks are particularly handy for users who don’t need some huge processing powers and can manage their workload entirely from the browser. Google works with several OEMs to produce these Chrome OS powered devices with all sizes and shapes.

Chromebooks are meant for mobility and long battery life, thus OEM prefer to use low powered ARM processors in them. Some higher end models come with Intel processors as well, but the choice was initially limited to entry level Atom or Celeron chips.

However, 2017’s Samsung Chromebook Pro (codename: caroline) was a surprising package. Not only it featured a snappy Intel Core m3-6Y30 processor, but also the device supported Google Play Store for running Android apps out of the box.

The underlying Android runtime layer was based on Android 7.0 Nougat. Google skipped the Android 8.0/8.1 update altogether and released Android 9.0 Pie bundled with Chrome OS 72 update back in February of this year for multiple Chromebooks.

Unfortunately some models were left behind, including the Samsung Chromebook Pro. The much anticipated Linux app support on the device is also delayed due to some issues, thus power users were stuck with older Android version and non-existant official Linux support.

Well, it’s time to rejoice Chromebook Pro users, as Google is reportedly rolling out Android Pie for the device via Chrome OS dev channel. To be precise, dev channel update 76.0.3809.6 you should looking for if you want to try Android Pie on your device.

Switching your Chrome OS device to dev channel is not a hard task. Take a look at this knowledge base article from Google if you are planning to fiddle with your Samsung Chromebook Pro.

Warning: Switching from an experimental channel to a more stable channel will delete everything from your Chromebook, like downloaded files, photos, owner permissions, and saved networks for all accounts. You’ll need to sign in with your Google Account again.

2. At the bottom right, select the time.

5. Scroll down and select About Chrome OS.

7. Next to “Channel,” select Change channel.

– If you’re switching to a more experimental channel (Beta or Dev), your Chromebook will start to download an update, then ask you to restart your Chromebook.

– If you’re switching to a more stable channel (Stable or Beta), click Change channel and Powerwash. When the update installs, click Relaunch and Powerwash. Everything will be deleted from your Chromebook, and you’ll need to sign in with your Google Account again.

There is an ongoing discussion about the Android Pie update for Samsung Chromebook Pro in this reddit thread; do participate if you have any doubts and/or issues. 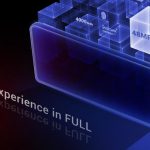 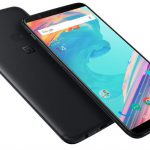