Redmi 5, as some of you may know, is the Chinese phone manufacturer Xiaomi’s 2017 budget friendly device. Powered by Snapdragon 430 SoC, the phone originally shipped with Android 7.1.2 (Nougat), layered with the company’s skin MIUI 9.1.

Then last year end, the company seeded Android 8.1 Oreo to Redmi 5 phones based on MIUI 10. The update bumped the version to MIUI 10.1.3.0 (ODAMIFI) and brought along Dual 4G Volte support.

But what after that?

Sadly, Oreo was the last update that was circulated on Xiaomi Redmi 5 devices. And since then, there has been complete silence in terms of firmware updates. And all this time, poor device owners have been exhausting by querying at all possible discussion platforms to get more info.

Apart from the company’s official help forum, many Redmi 5 users even routed to Twitter, and here’s what some of them have to say: Just in case you aren’t aware, as we highlighted in one of our earlier coverages, something similar happened with Indian Redmi Note 5 (aka Redmi 5 Plus in China). The device sadly hasn’t received any updates since November.

Redmi Note 5/Redmi 5 Plus originally shipped with 7.1.2 Nougat and was upgraded to Oreo (via MIUI 9.6.5.0) in August last year. Following that, the device received MIUI 10 a month later. After that, the phone got only a single incremental update (V10.0.4.0.OEGMIFH) in November.

Nothing came after that.

Coming back to Xiaomi Redmi 5 and why the device is not receiving updates since Oreo, it has recently been shared by a moderator at Mi Community that the update has been suspended due to bugs. Here’s what the moderator said while reverting back to a user:

The update for the device is being suspended due to bugs.

That’s it. They didn’t speak much about it other than asking users to wait for more information regarding the update. Sad, but that’s how it currently stands.

As for which update is the moderator referring to, they are talking about Android Oreo 8.1 update only, as many Redmi 5 users reportedly never received the update. Even a device team’s member at Mi Community has been telling users to wait for official announcement.

no official information regarding your query. wait for the official announcement

We fail to understand what kinda bugs are plaguing the Oreo update which caused the company to silently pull the update. Moreover, they couldn’t mend the issues during all this time. Five months and still counting.

Anyway, we just hope whatever is causing the delay gets taken care of soon, so that all Redmi 5 users can also get hands on the new features. 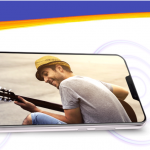