Alright, so this is the second Google Chrome-related problem that I am going to talk about today. For those who haven’t read the first one yet, just a few hours back, I highlighted a favicons glitch wherein Chrome is reportedly not displaying the shortcut icons in tabs and search for some websites.

No it’s not that no favicon/website icon is displayed, as Chrome’s default favicon globe icon has taken place of the actual shortcut icon. Going by what a Google Chrome help forum product expert said, it appears that “Chrome is not loading the favicon as defined by the web page.”

Coming to the issue that I am going to discuss in today’s section, recently I have been observing a lot of reports from users of the Chrome browser saying while downloading a file, the browser suddenly stops and crashes out of nowhere.

So they have to open the browser again, only to encounter the crash again. While some say the problem occurs irrespective of the file type being downloaded, others say it happens while downloading PDFs or attachments.

Here’s how some of the complainants word the problem across the official Google Chrome help forum:

Very often after downloading a file, Chrome will crash and close itself forcing me to re-open the browser. The file will download and show the ring status on the bottom left, but once it completes, the downloaded file hangs for a bit and that causes Chrome to close.

Every time I download a pdf file Chrome crashes. It happens from various websites, such as google drive and iCloud. It only happens with pdf-files, word or ppt files cause no issue.
I already tried to ‘Restore settings to their original defaults’ and deleted all browsing data excepts for ‘passwords and other sign-in data’. Chrome and MacOS are up to date. Safari and Firefox are able to download PDFs without crashing.

Similar reports can be seen posted on online discussion platform Reddit as well.

‘Downloads crash Chrome’ glitch is troubling both Windows and Mac users. The problem is Chrome-specific as users have confirmed they face no such issue with other browsers. And not to miss, the glitch reportedly creeped in after Chrome update v73 and continues to persist even on v74.

And now this Chrome crashing on downloading problem has also joined the string. While user continue complaining, a workaround that appears to have helped at least a handful of users is to uninstall Panda Security. Here’s what a user for whom the workaround resolved the issue said:

Same problem started to happen with me when I updated my win10. One guy said that uninstalling Panda Antivirus solve his problem. Once that I also used to use Panda I decided to try and surprisingly worked,! Since I removed the software my downloads back to normal and chrome is not crashing anymore.

In addition, the same problem has also been reported across Panda Security forum, where the tech support suggested the complainants to give the hotfix a try.

We aren’t sure whether all those who are complaining about Chrome crash when downloading have Panda Security enabled. But other than this, we haven’t come across any common workaround that appears to help those affected. Rest assured, we are looking out for more alternatives.

In the meantime, if you were also facing the same problem and have figured a way out of this, do share the workaround with other affected users by dropping a comment below.

P.S. For more on Google Chrome you may head here. 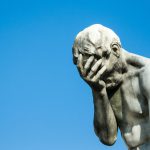 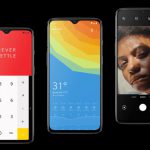