Google often tweaks features/functionalities to break the monotony and make things more fun. One such change they brought in November last year, when the company added the ability to set up alarms voiced by popular animated characters with the Google Assistant on smart speakers.

Google Asistant’s Character alarms functionality was initially made available only for the company’s smart speakers in the US. Then this year in March, Google Canada also added this ability to Google Home smart speakers. Here’s what they said while breaking the news to their users on Twitter:

Cut to now. The feature is making way to devices other than smart speakers. While mainstream tech media is currently highlighting the revamped Smart Displays interface, it has come to our sight the ability to set Character alarms has now been pushed to Smart Displays as well.

Smart Displays, as some of you may be aware, is yet another smart home gadget which is basically a smart speaker along with a touchscreen to add more usability. Just like other smart home devices, these displays are powered by voice assistants like Google Assistant or Amazon Alexa.

Going by the latest information coming from a Google employee, Character alarms, which were earlier available for smart speaker, are now available even on Smart Displays.

Here’s what the company employee said while breaking the news:

Exciting news! You can now set alarms with your favorite characters and get custom voices and visuals on Smart Displays in English in the US and Canada. Just say “Ok Google, set a Character Alarm” and the Assistant takes it from there.

Not to miss, even for Smart Displays, the Character alarms will be available in the US and Canada only.

For those of you who wish to take a look, here’s the company employee’s complete post regarding the change:

Now all you have to do is say “Ok Google, set a Character Alarm,” and then choose a character of your choice. Enjoy the new feature on your Smart Display unit?.

NOTE: Here’s Google’s official support page about how you can set and manage Character alarms. Those of you naive, can learn how to set a Character alarm and get going. 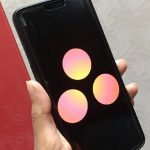