A picture is worth a thousand words.

The proverb might be old, but the gadget loving generation redefined the applicability of the expression. Creating a hybridization between pictures and words can be a tricky task, but emojis have done that (at least for a huge chunk of people).

Emojis are related to smileys and emoticons. In fact, they have the best from both worlds. Not only the emojis are supported by every major platforms and operating systems, but they are also part of the Unicode standard. It means machines from future should understand emojis out of the box.

The penetration of emojis in the society, especially in Western culture, have a huge impact on the communication methods. As a matter of fact, Oxford Dictionaries crowned the Face with Tears of Joy emoji as the Word of the Year 2015.

Android supports unicode compliant emojis since the Jelly Bean days. However, a number of Samsung users are reportedly unable to send or receive the emoji characters using the stock Messaging app for a while. All of them are running Android Pie based One UI builds.

I have a Samsung Galaxy S10+ (AT&T). Whenever I try sending emojis to the same phone like mine, another android, or even an iPhone, it sends ?? instead of regular emojis. I tried using GBoard and clearing the cache for emojis, clearing the cache for messaging app, and restarting my phone. However, nothing works.

My emojis only work on other messaging apps, such as Facebook Messenger and Instagram. Someone please help, I want my emojis to work again on the Samsung Messaging App.

ok so I got an s10+ but when i send random emoji’s to my wife from it it just comes out as random text.

I download the google messaging app and it works fine. But with that app I am not getting locked notifications anymore (where the little light goes around the screen)

The emoji rendering issue and subsequent placeholder question marks can appear when appropriate image for the emoji(s) are not present in the system.

Although the emojis are standardised, their representative images can differ across various platforms. The OS makers and other entities maintain separate sets of emoji pictures,  for which iOS emojis are different from regular Android emojis.

However, the situation is slightly different here. As you can see from the reports, the stock Samsung Messaging app is allegedly unable to render them, while third party SMS apps such as Google Messages or Textra are working fine.

Moreover, some users are being prompt to change the input mode Automatic, but the option is not present in the subsequent screen.

I am having problems with sending emojis on my note 8. Keep getting a dialog when I try to send to change input method to automatic by pressing settings in said dialog. When I press settings, I am brought to dead end, with no options to change input mode to automatic. Any insight on this issue would be appreciated.

Faulty carrier configs seemed to be responsible for this glitch, as the same phone reportedly worked fine under another carrier.

Well @amanda95 ,got my hands on a inactive AT&T sim & tried swapping them out. It enabled my settings I was trying to find & I changed them to what they should have been. Put my active Straight Talk sim back in, went right back to not working. Tried putting my girlfriend’s Verizon sim in my Note 8, flashed software to Verizon, everything worked as should with it in. Tried to put my ST sim back in, same situation as before. Reflashed back to AT&T & tried one last time… no dice.

Samsung forum moderators are aware of these irregularities. They have escalated the issues to the concerned specialists, but no timeframe has been given for the bugfix update.

Are you facing problems while sending/receiving emojis with your Samsung Galaxy phone? Let us know by commenting below. 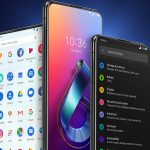 [To arrive with Android Q] ZenUI 6 on Asus ZenFone 5Z: Here's what we know so far 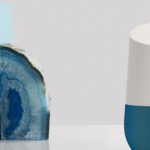