The company just keeps changing the brand name for their products every once in a while like Android Wear is now Wear OS and AdWords became Google Ads.

Anyway, coming to Google Home which is now Google Nest, there’s an issue that has been going on for past few months, but still awaits a fix. As some of you may be aware, with Google Assistant integrated, Google’s smart speakers let you control your smart home with just your voice.

But going by reports that have been pouring across the company’s official Google Home help forum since February, Google Home functionality that allowed users to control TV volume with a voice command is broken and not working. Meaning, users can’t lower the volume of their TVs with voice.

The problem is specific to a setup in which one is trying to lower the volume of TV (that has a Chromecast device attached to it) by giving a voice command to Google Home or Home Mini. Users say they keep yelling, but their smart speaker just acts dumb.

Here’s how some of the affected users word the problem behavior:

I have two Google home minis, two tvs and two chrome casts. These are all on the same network. The “lower volume when listening” function has stopped working on one of the home minis. Have tried resetting everything and still the same. The only difference in setup is that I am using a newer chrome cast on the TV that has stopped lowering volume. Chrome cast firmware: 1.37.144496. Home mini firmware : 145350. Any suggestions would be much appreciated.

My only Google Home started acting weird suddenly. The tv volume doesn’t lower while talking to Google home. Now I have to yell every time I have to talk to GOOGLE. Most of the times it won’t even understand at all. I am sending feedback about this every single day but IDK who gonna hear my voice. Its so frustrating…

Same here I have 6 google homes and 6 chromecast devices and they are all doing the same thing . It sucks I have to yell everytime I talk to google now.

Not only the company’s official help forum, similar reports can be seen posted across other online discussion platforms like Reddit as well as micro-blogging site Twitter. Coming to what has the company said and done so far, what’s good is soon after Google Home  and Home Mini users began chiming about the issue across Google Home help forum, a forum product expert pitched in saying they’ll escalate the issue to the team.

Thanks for reporting. I will let escalate this thread over to the Google Home team to have them look into it.

A few days later, in the second half of February, a company employee joined the discussion asking the complainants for more information along with informing that the matter is being looked into. Here’s what they said:

The team is currently investigating this issue

Since then, the company employee has been actively involved and addressing user queries. But they haven’t said anything new other than repeating the same information.

They’re aware of the issue and still investigating. I know this issue has been going on for some time now, but rest assured this is something we’re still looking into.

About a few weeks back, the same Google employee updated the complainants saying the matter has been escalated further.

We have escalated this issue further to see if we can get some more information and also if and when a fix will be available.

As for the latest development, just a few days back they one again repeated something similar.

All in all, despite the issue going on for more than three months now, the team hasn’t yet figured out how to fix the ‘Google Home not lowering volume while listening’ problem. Meanwhile, reports continue proliferating.

We hope the company diagnoses as well as fixes whatever is causing the volume control issue soon. Rest assured, we are keeping an active tab on the matter and will update the story as and when any new development comes to our sight.

In the meantime, if you have any workaround to fix this one up, drop a comment to share it with other affected users.

P.S. Other than the problem discussed here, just yesterday we highlighted an issue with Google Home app, wherein the color option (a feature that debuted back in February) in the app that allows users to control the shade of smart bulbs/lights has suddenly gone missing.

As a result, Google Home app users aren’t able to change the colors of smart lights anymore. You can read the complete coverage about this issue by heading here. And for more Google Home related news and stories head here. 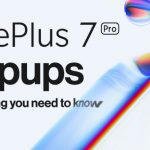