Progressing from TouchWiz to Samsung Experience UI to this year’s One UI, Samsung has consistently upgraded their smartphone software to enhance user experience. The Korean OEM’s this year flagship Galaxy S10 devices came with One UI out of the box.

Talking of Galaxy S8/S8+, the company released the much-awaited Pie with One UI to devices in the European region first, back in February. The update roll out being a staged one landed on majority S8 devices by March, and brought along the February security patch.

Then a few months later, in the beginning of April, S8/S8+ devices in the US on Big Four carriers started receiving the One UI update, but with March security patch.

And as is usually the case, just as Android Pie/One UI update began to reach out to users globally, they started chiming about problems and issues it instigated. On such case that we recently highlighted was regarding Caller ID not working after Android Pie update on Galaxy S8 and S8+ phones.

Affected users (majorly on AT&T) reported that Caller ID and spam protection (that’s part of Samsung’s ‘Smart Call’ feature) is not working after installing the update as their devices aren’t displaying the contact information on incoming calls anymore, not even for the existing contacts.

While some explained the issue saying the feature is not working effectively, others said it gets disabled randomly. Take a look at how some of the affected users explained the Caller ID glitch in question:

When I am receiving a phone call and I have a contact in my contacts, I only see the area code and phone number when the phone is ringing. The contact name does not appear, yet afterwards, it does show the proper contact name int the “recent” tab of phone. An example, my son called and the caller id showed the phone number, his phone number, he was calling from but not his name.

Since Pie came down, the built in Caller ID and S.p.a.m. Protection keeps turning off.

Till now, the only workaround that helped users resolve the issue was to disable AT&T Call Protect app in Play Store, something the Samsung officially suggested users to do. In the meantime, one of the affected users who got in touch with Samsung support was informed the problem will get fixed with an update soon.

Per customer support with my service the issue is Android is upgrading their system and Android advises to be patient. The caller ID issue will be resolved when the Android system upgrade is completed. Nothing we can do ourselves, no settings to change, and no estimate on when the upgrade will be completed.

Here’s what a couple of users who found the Caller ID issue resolved after receiving the update said:

I think I found a solution, hope it can help: there is a new update available form Germany (no brand) on SAMMOBILE for Galaxy S8 : G950FXXU4DSDA/G950FXXU4DSD6 installed almost a week ago, and the problem seems to be solved.

The problem is solved here as well with the last Samsung Experience update. They fixed whatever code was broken.

Though the change log doesn’t mention any such bug fix, at least a couple of users who received the update have confirmed the Called ID issue as fixed. While users in Germany are already receiving the update, the same shall soon reach out to S8 devices in other regions as well.

Just for clarity, the April update that was recently released for S8/S8+ unlocked variants had a different version G950FXXS4DSD3/G955FXXS4DSD3. And the update that’s currently rolling out to S8 devices in Europe and fixes caller ID problem is G950FXXU4DSDA/G950FXXU4DSD6.

Have you received the April patch on your S8 unit, and did it resolve the Caller ID issue for you? Drop a comment and let us know.

NOTE: Apart from Galaxy S8/S8+, some Galaxy Note 8 users have also been facing this Caller ID issue. Here’s hoping they also get the April security patch carrying the fix for the problem some time soon.

P.S. After installing Android Pie (One UI), Galaxy S8 users have also been encountering issues related to Bluetooth connectivity and MMS over WiFi. You can read the complete coverages about both the problems by heading here. 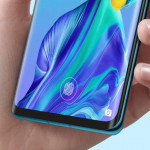 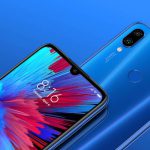