Heat dissipation is a prime factor while designing smartphone and similar portable gadgets. Components like the CPU and the GPU generate heat according to the workload. OEMs incorporate a number of techniques to spread out the heatwave to improve the performance.

Yes, thermal throttling can hamper the performance of your device. Hardware makers tune the SoCs to deliver optimum output while consuming sane amount of battery juice. If the optimization breaks, the failsafe measures kick in and downgrade the clock speed aka throttle them.

Although it is possible to gather the internal temperature of your Android device programmatically, Google has officially introduced a dedicated Thermal API in Android Q to streamline the way of temperature monitoring.

When devices get too warm, they may throttle the CPU and/or GPU, and this can affect apps and games in unexpected ways. Now in Android Q, apps and games can use a thermal API to monitor changes on the device and take action to help restore normal temperature.

For example, streaming apps can reduce resolution/bit rate or network traffic, a camera app could disable flash or intensive image enhancement, or a game could reduce frame rate or polygon tesselation.

Currently, the new API is only supported by Google Pixel lineup running latest Android Q Beta. Google is working hard with other OEMs to bring this feature on third party phones.

However, silicon vendors and smartphone makers have already implemented their own set of throttling techniques. The effectiveness is questionable though, as we can spot multiple thermal issues and battery drainage reports on Indian Redmi Note 7.

Battery percentage degrade Directly 2% after every interval, like 40to38 and 38to 36%

People have shared their experiences where their phones reached to the 50°C mark or beyond! The abnormal heating directly affects the performance and the battery life of the phone. Although the phone is powered by an energy efficient Qualcomm Snapdragon 660 SoC, even the huge 4000 mAh battery can’t serve it well due to these issues.

We highlighted the aforementioned network connectivity issue on Indian Redmi Note 7 (as well as on Redmi Note 7 Pro) due to faulty carrier aggregation implementation. This could be another reason behind the high battery drain due to frequent band switching.

Interestingly, Xiaomi chose to split the software update for this model into region specific branches. While the global and European models started to receive MIUI V10.3 on stable channel, the Indian Redmi Note 7 is still stuck with MIUI V10.2 (10.2.11.0.PFGINXM, to be precise).

Fix: When the user canceled making a photo using a shortcut in Messaging and then tapped the Camera shortcut again, Camera crashed

Fix: Camera force closed when the app was closed and opened again in the Video mode

It could be possible that Xiaomi will address the excessive heating and abnormal battery draining issue on the Indian Redmi Note 7 variant with the upcoming update. At least someone from the MIUI Device team has assured the same on the Mi Community. Hopefully the upcoming OTA update will also feature the camera related improvements, similar to the global branch. As a matter of fact, now we know that the phone is capable of working at 35,000 meters above sea level, with the external temp of -56°C! Are you experiencing the dull camera or battery draining issues on your Redmi Note 7? Comment below. 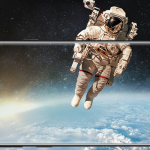