Do you guys remember the days before the outburst of instant messengers? Rocking a 2G phone, paired with an unlimited calling plan in late night hours – sweet little memories!

TBH, the internet messaging scene was mostly dominated by IRC. ICQ, Yahoo! Messenger (Y!M) or Google Talk were some of the go-to choices for casual users. They also kickstarted and popularized the concept of VoIP calling.

Not only the phones, but also these applications had this feature called ‘Speed Dial’. Rather than searching for the contact in the address book or dialing their number, Speed Dial could easily call frequently used contacts by assigning special hotkey sequences.

Fast forward to current age, modern smartphone operating systems come with built in options in the dialer application to assign favorite contacts. They are intelligent enough to calculate the frequency of calling per individual contact, and populate the dedicated favorite section.

Talking about dialer application, vanilla Android itself features a native phone-cum-dialer app. But smartphone makers often create their own variants of such apps.

OxygenOS, the in-house skin of OnePlus, isn’t an exception. The Shenzhen based OEM has developed separate phone and contacts applications, which is tightly integrated with OxygenOS framework.

However, the Speed Dial functionality of the OnePlus Phone app is reportedly getting buggy since the Pie update, as it allegedly wipes the list of contacts in a complete random manner.

For some odd reason, the speed dial list in the stock phone app gets deleted automatically every night (except the already pinned starred contacts). When I wake up the next day it’s all gone. This has been happening for the past 3 days. If anyone’s got a solution, id be grateful. Cheers.

anyone can suggest the solution on this ?

6T speed-dial contacts are getting erased daily and every morning I find my speed dials as blank page !!

From the truckload of user reports, it seems that the anomaly started with the official OxygenOS 9.0 Pie update. While OnePlus 6T was launched with OOS 9.0 on board, older phones such as OnePlus 6, 5T and 5 got the Pie update later, which presumably triggered bug.

As a matter of fact, OnePlus 3/3T users running the community beta version of OxygenOS 9.0 are also facing the same glitch.

this happened to me as well today! I’m on the Community Beta for Android Pie on the OP3, and I thought it was a beta bug…

Besides the official bug reporting section, one can easily spot similar issue threads scattered all over the OnePlus forums. Third party forums such as XDA and other social media platforms like Twitter and reddit are full of similar reports.

Keep calling no. And then tere won’t be any the next day

Reported since January 2019, the anomaly has not been officially addressed so far. Due to the exponentially increasing number of user reports, OnePlus forum moderators are trying to merge them into separate threads for OnePlus 5/5T and OnePlus 6/6T.

They even made the OnePlus 5/5T thread a sticky, possibly to attract the attention from the OnePlus Bug Hunter team. In a typical manner, OnePlus Support on Twitter is suggesting users to opt for a factory reset or similar uncorrelated solutions. Frustrated users have found that manually starring the contacts prevent them from being wiped, but that’s contradicting the concept of automatic Speed Dial list generation.

Favorites stay. Last calls you made outside favorite contacts will clear up.

Just tap star on contacts you want there. And IMHO that’s good thing. I don’t want dude I once called, because of door issues in my house in speed dial section

Being a completely random scenario, there is no easy way to reproduce the bug. Nonetheless, more and more people are getting affected by this pesky situation while the bug remains unaddressed in the OTA updates. Have you stumbled on an empty Speed Dial list out of the blue on your OnePlus phone? Let us know by commenting below.

After reaching out to OnePlus regarding this issue, a company spokesperson assured Android Police that they will patch the bug in next software update. 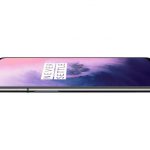