Prior to June 2014, Microsoft Xbox users had to shell out for Xbox Live Gold membership to access services like YouTube and Netflix. But after that, Microsoft changed their game, and opened gates for popular entertainment apps on Xbox One and Xbox 360 without paid subscription.

In 2016, Microsoft expanded their Xbox One lineup by releasing Xbox One S. Then a year later, in November 2017, the company unveiled the more powerful Xbox One X. Within a month of launch, YouTube app on Xbox One X received 4K support which got users all the way more excited.

Cut to now, we have stumbled upon an issue that is troubling a huge number of Xbox One X console users while streaming YouTube 4K video content on their TVs. The problem in question appears to have existed for about a couple of months now, and affected users still await a solution.

What exactly is the issue?

Xbox One X users report YouTube video playback issues wherein while watching 4K content through YouTube app, the video tends to freeze and throw a distorted grey screen with pink or greenish lines. For some users, all YouTube videos behave like that, and for others, only some videos are affected.

While majority users face the issue with 4K videos which is ultra HD, some report the same with 1080p HD as well. Complaints can be seen posted across the official Microsoft Community, online discussion platform Reddit as well as YouTube help forum.

For a quick glance, following are a couple of user shared images that display the grey screen and greenish lines that show up on display when YouTube content freezes. 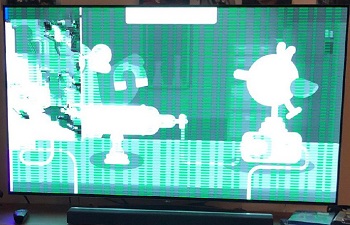 Here’s how some of the affected users word the problem across different online discussion platforms:

Been watching youtube and video just glitches (shows a distorted still of the video) for a minute before going back to normal. On Vudu, a solid green screen took the place of the movie i was supposed to be watching. Both 4k and HD video is affected. My device is an Xbox One X.

My xbox was working perfectly fine a few days go. On the 19th (a day after the most recent update) is when the issues started.

This last week the Youtube app has started freezing for a couple seconds with either green lines, pink screen, or a silhouette of whats on the screen. This doesnt do this with anything else on the TV or Xbox. While it initially appeared this freezing issue is specific to YouTube app on Xbox One X, we could locate some reports regarding 4K content freezing while using Netflix app as well. But the volume of Netflix-related complaints is thin in comparison to the ones regarding YouTube app. That was all about what the affected users have said so far. Not lets take a look at what the company has to say.

What’s good is that the problem has been officially acknowledged. The confirmation about YouTube app 4K content freezing on Xbox One X issue came straight form the horse’s mouth.

One of the Microsoft Agents (aka Moderator) at Microsoft Community acknowledged the issue a couple of weeks back saying, the company is aware of the problem and Xbox engineers will team up with YouTube app devs to diagnose the root cause of the glitch.

We have been seeing reports come in through the forums and other support platforms about this issue and it has been acknowledged. Xbox engineers will need to work together with YouTube app developers to find the root cause and either implement an update for the YouTube app from the developer or have a fix be implemented in the next console system update.

From what I’ve seen, the issue only occurs with the Xbox One X on 4K UHD trying to view 4K videos on YouTube but it could just be a 4K issue between Xbox servers and YouTube’s servers since you say it’s occurred on your wife’s Xbox One S and it seem to be happening on all videos for you and not just 4K.

A few days later, another moderator updated the complainants saying the problem is being worked on, but there’s no ETA for fix.

This is a known issue that Microsoft and their engineers are still working on fixing. Unfortunately, we have not been updated with an estimated time frame for a resolution.

Other then that, while reverting back to one of the complainants on Reddit, someone tagged as Xbox Insider Staff informed the complainants the issue is being investigated. They also added the 4K content problem isn’t limited to YouTube only, as they have seen reports form Netflix users as well.

We are continuing to investigate and it appears to be a bug with the platform. Please keep the bugs coming as we scope in on the fix.
It does also impact certain 4k content using a certain encoder and not limited to YouTube. We are seeing report on Netflix as well with the same error. That means, the 4k/HD content freezing on Xbox One X affects both YouTube and Netflix videos. Anyway, a few days back, another Microsoft Agent repeated what the other moderators have said so far, conveying the situation is still the same. Here’s what they said:

We actually have been receiving some feedback from our customers experiencing similar problems and have recognized it as a known issue that our engineers are now working on.
Unfortunately, we have not been updated with an estimated time frame for a resolution. Please bear with us while we work to resolve this internal issue.

While it’s relieving that the problem has at least been officially confirmed and is being worked on, there’s no ETA as to by when will it get resolved. It has already been a couple of weeks since Microsoft first confirmed the issue, but users still await a solution.

Hoping Microsoft fixes whatever is causing the 4K or HD content freezing glitch on XboX One X soon. Rest assured, we are keeping an active tab on all related developments and will let you know as and when the fix gets live. 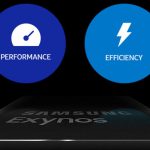