Have you guys watched 2013’s The Internship? In the movie, two salesman applied for an internship in Google and accidentally got selected.

In a brainstorming session about an app making, William “Billy” McMahon (played by Vince Vaughn) came up with the idea of creating a platform where people could upload photos clicked by them and follow other users. He even coined the name for it – “Exchange-O-Gram”!

Well well well, his brilliant idea got smashed by Instagram. Billy was informed by his team members about this new player in the town which offered all the groundbreaking features he thought of. A classic example of “… there is nothing new under the sun”.

While Billy was little late to the party, Instagram (often referred as IG or Insta) quickly developed a cult status. Now owned by Facebook, Instagram is one of those few non-Google apps to cross the ‘1,000,000,000+’ install count under Android.

To compete with its main rival, i.e. Snapchat, Instagram introduced the concept of ‘Stories‘. Users can post a series of pictures and videos which will be available for next 24 hours. As of January 2019, a whopping 500 million people use the Stories feature in a daily manner.

Well, there is a minor hiccup!

With the booming trend of ultra long 18:9/19.5:9 aspect ratios, Android users started to face a peculiar issue with the Instagram app. The contents of the Instagram stories are always zoomed in and/or cropped from sides, as the app tries to fill the screen.

Just got my OnePlus 6T yesterday. Its a beast of a phone and I love it. I faced one issue though. Instagram stories are cropped in from the sides. It’s pretty annoying because I can’t read the text on the stories. I am a social butterfly and need to keep up with my InstaBuds! I hope this will be fixed soon by Instagram or OnePlus.

Ever since getting the Note 9, the screen aspect ratio is different from my past phones, and this means Instagram stories are cropped off on the sides. This means when someone puts in a lot of text, I usually have to guess what some missing words are. Are there any known solutions to this very silly problem?

The smartphone makers prefer to slim down the bezels and make extra space compared to legacy 16:9 screens. While the 18:9 ratio is becoming mainstream, we have even seen phones with 21:9 display!

Luckily, Instagram developers are planning to add compatibility with these long aspect ratios by adding black bars on the photos so that they are not going to crop improperly and/or zoom in themselves.

As a matter of fact, several Insta users have noticed the change and reported across multiple platforms.

Updated the app today and noticed this change. The change log doesn’t list anything (typical), but noticed that stories no longer are cropped on the sides to fully fit the screen. There’s now a small black bar at the bottom of the story, allowing for the full image to be seen and also allows the messaging bar to stand out.

They finally added support for tall screens on the Android side* They were quick to suck apples dick when the iPhone X was released almost 2 years ago.

However, the rollout is not directly tied with a particular beta version of the Instagram Android app. Looks like the Instagram developers are toggling some server side switches for a handful of accounts having the latest beta app.

It’s rolling out slowly, server-side, towards individual accounts instead of the whole app. I have multiple accounts logged in to my phone and one of them don’t crop anymore since like the end of last year. The others still crop the sides as usual.

Just like how the new redesigned profile/biodata UI, where the new one doesn’t show the posts count. Rolling out slowly like some kind of A/B test.

I’m on 90.0.0.18.110. Maybe it is a server side thing… I just know that after updating the app stories displayed correctly when they didn’t before updating.

In last few days, Instagram uploaded quite a few new beta and alpha builds of the Android app which can be downloaded from APKMirror and sideloaded manually. Nevertheless, you can’t force the new feature by installing them – so wait for your turn.

Have you noticed the improved Instagram Stories UI on your phone? Do let us know. 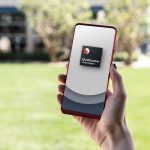