Nearly a year ago, Xiaomi sent out invitations for an exclusive launch event that took place on April 25. The OEM unveiled the Mi 6X, a China exclusive phone which was later used as a foundation of designing Mi A2, a Android One powered phone for global users.

Mi 6X (codename: wayne) was packed with a number of notable improvements from its predecessor, i.e. Mi 5X (codename: tissot). Mi A1, the first Android One from form Xiaomi, was nothing but a rebranded version of Mi 5X. Thus comparing these models became an easy way to spot the changes.

Mi A2 dropped the 3.5 mm headphone jack in favor of wireless audio or USB Type-C adapter. In terms of internal configs, the Qualcomm Snapdragon 660 SoC was indeed an upgrade over Mi A1’s Snapdragon 625. The battery capacity (3,000 mAh), however, was a downgrade from Mi A1 (3,080 mAh).

The most significant change should be the dual (12 MP + 20 MP) rear camera setup found in Mi A2. Xiaomi was very much biased towards the camera quality while advertising the smartphone.

Unfortunately, Mi A2 users are plagued with various software as well as hardware based issues since the early days. Xiaomi secured their place of the ‘elite’ hall of shame, when they actually bricked a whole bunch of Mi A2 units during a monthly software update.

I just updated my mi a2 and now doest not turn on, just says android on screen and never turn on. Thanks xiaomi and google for fucked up my new phone with your updates that besides dont fix anything, melt devices.

Even fastboot and recovery mode is freezed.

Dont know what the hell are they doing, how they did to make a single update destroys my phone.

Wait, there’s more! Subsequent monthly updates were often delayed, pulled back, replaced with new builds and again pulled back due to issues like borked LTE connectivity. Yes, you couldn’t even connect with cellular data using your mobile phone!

At the end of March, the Chinese OEM finally pushed a new build (V10.0.7.0.PDLMIXM) as a stable March update. According to user feedback, this build successfully corrected the LTE issues.

Since few days, various Mi A2 users have reported about a prompt for a new update in their phones. Judging from the feedback, Xiaomi is trying to roll out the April security patch update in form of a new build (V10.0.8.0.PDIMIXM). The update is being distributed in waves to avoid possible fatal consequences due to bugs. Those, who have already installed this build, have noticed improved performance of the fingerprint reader.

Live in Iran. Installed it tonight. I can confirm that Fingerprint scanner is working awesome again. Its as fast as it was on oreo. Im very surprised when you reported its getting slower. The google play and download manager notifications are back. Also the phones overall heating while charge is lower.

Updated this night here in France.

Confirmation : fingerprint scanner IS faster if you delete and put all your fingerprints.

Some features, however, got removed in this build, such as the group selfie one. The slow eMMC bug is still present, as well as random bootloops while updating via OTA update are still at large. It would be better to unlock the bootloader before applying any update so that you can recover from the bootloop by clean flashing the firmware.

EMMC still bug (maybe worse than before), no camera2api, i really don’t see any improvements. Sorry guys, wasn’t this time

Waiting for the update in a queue is nasty, isn’t it? We are tracking the OTA as well. The direct download link of the full update zip will be listed here for manual flashing.

Interestingly, the Mi A2 Lite has not received April update at the time of reporting this article. Both phones usually receive monthly OTA updates together. Probably Xiaomi engineers are doing some last minute quality testings.

Have you got the April update on your Mi A2? Comment below. 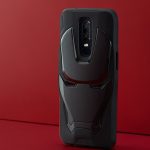