Shortly after View 20 received the March security patch, it’s at the receiving end of the next Android security update. It bears build number 9.0.1.165 and brings with it the April security patch and a few minor QoL changes.

The update was first spotted on the Chinese forums for the device.

And currently, only the Chinese variants of the device have received the update, as they usually are the first ones to get hands on the updates. Here is the list of changes this update brings (translated from Chinese).

Although the update doesn’t bring much in the way of new features, it does add two new themes to the device namely Flamingo and Parakeet. It also fixes the app shortcut icons glitch on the HiBoard screen as well as optimizes mistouch prevention for enhancing gamers’ experience.

The update weighs about ~390MB and can be manually triggered by heading over to Settings> System Updates> Check for Update on your Honor View 20. As the update has landed on the Chinese variants of Vie 20, it should be available for the global variants of the device in the coming weeks.

BTW earlier this month Honor view 20 received the beta bulid dubbed version 9.0.1.160 carrying April security patch. And with in a couple of weeks the stable version of the update is out.

It is refreshing to see that Honor is focusing on updating their devices. The company has had a particularly troubled past when it comes to software upgrades, and people often vent on forums about it.

At the moment, MagicUI is more or less the same as EMUI, but Huawei says that the two forks will be updated with a different set of features in the future. One of the most recent additions that are exclusive to the Honor View 20 is ViLTE (Video over LTE). It enhances the quality of video calls made over LTE networks and allows users to take full advantage of the Honor View 20’s powerful front-facing camera.

The OnePlus 6 and 6T reigned free in the upper-mid range class of devices for a long time. Now, the Honor View 20 is a legitimate competitor owing to its top-of-the-line hardware and reasonable pricing.

As you can see in the comparison above, both devices are neck to neck when it comes to video performance.

The primary difference lies in the display, with the OnePlus6T coming with a superior AMOLED panel whereas the Honor View 20 comes with an LCD panel. However, the Honor View 20 packs Huawei’s Hisilicon Kirin 980 SoC, allowing it to make extensive use of the chips vast AI prowess. 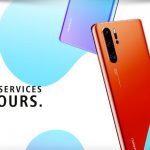 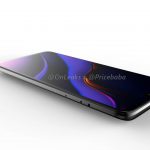