The speculations and guessing games about the much-anticipated Galaxy S10 were started even before the release of the Galaxy S9. Besides the typical theorising about the internal specifications, early leaks talked a lot about the in-display fingerprint scanner.

According to the rumors, Samsung designers ditched the iris scanner as well as the optical fingerprint sensor, as their performances did not meet the standard they wanted to achieve.

Yes, the S10 cancels the iris sensor and the ultrasonic fingerprint is enough to replace it.

However, the Qualcomm made ultrasonic fingerprint scanner was allegedly incompatible with a number of third party screen protectors – as mentioned by accessories makers.

The situation became more convoluted when a leaked video shown a Galaxy S10 Plus with perforated screen protector installed.

Many Samsung fans were devastated after seeing this poor design choice. Nevertheless, it was confirmed that the shown screen protector was merely a prototype. Official screen protectors would be full screen without any hole in them.

Skip to the present day, we now know that the Korean smartphone OEM decided to include a free copy of pre-applied screen protector with every Galaxy S10/S10+.

Samsung’s upcoming new flagship Galaxy S10 will be shipped with factory pre-installed screen protector manufactured by Samsung. This is applicable for all global subsidiaries and for all variants of Galaxy S10. This decision was made to increase overall customer experiences with the improved screen durability and full functionality of the Ultrasonic Fingerprint Sensor on Galaxy S10 and Galaxy S10+.

Samsung later edited the notice and changed the “90 days warranty” part with the following:

The official notice is not available anymore, however buyers can find the following card bundled with the official packaging.

Samsung also sells these official vinyl film protectors for $19.99. For example, you can buy them in the US by visiting the following links: Interestingly, a number of users have reportedly received a deformed variant of the screen protector as a replacement. The deformity is located at the top right corner, where the camera hole(s) is located.

As readers can notice, instead of the camera holes, the new screen protector has an uncanny notch at the top right side.

look at the top right of the screen protector, it has a cut out notch instead of this a camera hole. I dont think Im going to install the replacement one they sent me because of that.

To make things more complicated, the replacement protectors may look like complete normal with proper camera holes before applying.

However, they will reveal their true selves after you peel them off.

In some cases, Samsung sent two of the replacements. One of them is perfectly normal with the holes for the camera, while the other one is featuring the square cut at the top.

Not yet – the phone with screen protector issues was actually exchanged since it was restarting. But now I have two!

Here’s a picture of both. The one in the retail box came in a cardboard box for shipping (way oversized), whereas the one on the right came as-is, simply in it’s plastic sleeve, in a UPS envelope.

Some users have come up with a plausible conclusion: it may be possible that Samsung is maintaining two separate sets of screen protectors.

Looks like the one on the left, much like OP received, has the cut-out. The one on the right that I got directly from Samsung before the retail versions started shipping has a hole cut-out. Again, interesting note on that protector… the plastic is curved much like the screen, hence the piece of foam underneath it. Really interesting.

The original pre-installed one as well as the retail variant are listed under the ET-FG973CTEGWW SKU. We don’t know the part number of the replacement screen protectors at this moment.

Which screen protector do you use on your Galaxy S10? Let us know by commenting below. 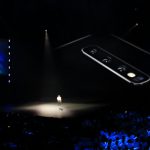 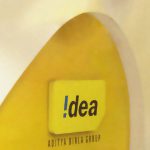