Scroll/swipe to the end for recent developments and updates.

Since today morning we’ve been coming across reports from users on Idea network that the service is down and not working properly in some of the regions.

Initially, it appeared the problem was troubling a limited number of users. But over the past couple of hours, complaints have grown massively on micro-blogging site Twitter. And considering the number of users troubled, the glitch becomes worth highlighting.

Here’s a selection of some of the recent reports. Take a look at what users have to say:

#idea @Idea your network is down in Noida

Someone called from team and said, No 4G available in my area.

What the hell is this. Then my I'm not getting 2G/3G network.

@Idea idea network is not working in Noida from last 4 hours and no support from Idea cellular company. @TRAI Please help as Idea customer care representative are not giving positive response. We are facing problem from last 4 hours.

@idea idea sim not support any network plz do nidful

@idea_cares TODAY My IDEA NETWORK NOT WORKING IN NOIDA AND GHAZIABAD 9TH APRIL 2019.
KINDLY UPDATE HOW MANY TIME TO TAKE NETWORK ISSUE

Your network sucks, not able to make call in either in delhi or noida @Idea @idea_cares thanks for making me regret on ny decision to choose you as an operator

@Idea no network in Noida...and NCR..Idea is down or license is taken back

Idea Vodafone network down in East Delhi for the last 4 hours and is yet to come back to normal?
I see the merger is going well...#idea #vodafone #4G

@AdityaBirlaGrp @Idea @idea_cares Idea cellular network has been totally down in Noida for last 2+ hours and Customer Care team has no clue about it. Anyone has any "Idea" what went wrong and how long would it take to restore!!!

Mr @Idea ,
We are not getting network from the Morning today . Can you help me in this ?@idea_cares

@Idea dear idea , last 4 hour I am not getting idea network in noida. Kindly check and update status.

As a result, both calling and messaging facility has been compromised for the time being.

As for the company’s word on the matter, while Idea is asking the concerned users to DM

We regret the inconvenience caused. Request you to DM your Idea contact number along with alternate number, so we can assist you better.

What’s good is Vodafone has at least reverted back to some of the complainants acknowledging the issue. They also added that it’s being looked into.

This is a temporary issue and we are working on it. You will be able to use our services as soon as it is resolved

Hi Rakesh! This is a temporary issue and we are working on it. You will be able to use our services as soon as it is resolved - Amit

Hi! This is a temporary issue, our team is working on it to ensure seamless network connectivity. Please allow us some time to get this sorted - Diana

Hi! This is a temporary issue, our team is working on it to ensure seamless network connectivity. Please allow us some time to get this sorted - Amit

For those of you naive, Vodafone and Idea cellular merged last year only. And with Vodafone acknowledging the issue, it should be safe enough to assume the currently ongoing Idea Vodafone network glitch in Delhi and NCR shall be resolved soon.

Rest assured, we are keeping an active tab on the matter and will update the story as and when any new development comes to our notice.

In the meantime, are you also facing the network issue since this morning with your Idea connection? If so, drop a comment and let us know.

Now Idea has also confirmed to one of the users that it’s a known issue and they are working on it.

This is a temporary issue, and we are working on it. You will be able to use our services as soon as it is resolved.

This is a temporary issue, and we are working on it. You will be able to use our services as soon as it is resolved. Also, request you to delete your previous tweet as it contains your contact details which might get misused.

Looks like the issue has now been resolved. Idea is suggesting users to reboot their devices once and check if the problem still persists.

We would like to inform you that there was a temporary issue which got resolved now. We request you to reboot your handset and check. If issue still persist please write back to us 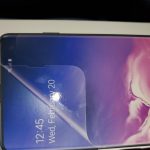 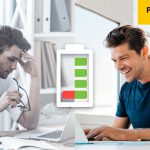 Issues with Poco F1 Work Profile continue to grow, while Xiaomi is unconcerned