We’re back with the latest and hottest topics of discussion from the world of Apple. Prepare yourself for an immersive experience into the most interesting and recent Apple news.

Apple’s Showtime event truly turned out to be something spectacular. Well, life is full of uncertainties and here’s one which came creeping into Apple’s celebration. Following the release of Apple News+ on both iOS 12.2 and macOS 10.14.4, certain users started complaining about Apple News crash issue.

Why is Apple News crashing today? Why, bad data pushed to the client, of course. Should be something they can fix remotely pic.twitter.com/YS6U3DNKih

Users took to different social media platforms like Twitter and Reddit to express their grievances. At first, there was almost no workaround to fix the issue. Apple did inform a few users of it being aware of the problem. As expected, the crashing issue was related to a technical fault in the rollout of the app yesterday. Thankfully, the crashing has been fixed and is verified by a Reddit user. In all likelihood, the fix was done remotely and most users may still not be aware of the fix brought to the newly rolled out app. If you’ve tried out Apple News and have been enjoying the company’s new way of bringing all news under one umbrella, you’ll be happy to know that it’s here to stay without crashes.

In other yet very related news, the CEO of Roku spoke out about Apple TV+ being announced for cross-platform. Yesterday, Apple launched its Apple TV+ service with original content for multi-platforms, covering smart TVs and even third-party set-top boxes like that of Amazon Fire TV and Roku. 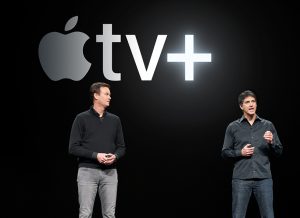 The CEO of Roku, Anthony Wood, spoke to CNBC after Apple made the announcement of its Apple TV app being supported on Roku.

Anthony expressed his excitement saying he believes that Apple is in a good position to compete in the TV streaming market, largely because of the huge fan base the company has acquired over the years through the success of its smartphones, devices, and of course popular OS’.

Roku firmly believes that it along with the Apple TV+ service could emerge as a major contender. 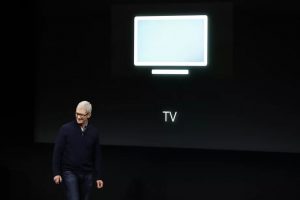 Apple TV+ is expected to come only in the fall of 2019 but its revamped TV App with new features is scheduled to arrive in May 2019. If Apple with its TV services has stirred your interest, stay tuned as the future is definitely bright for this brand-new streaming service.

Moving on, courtesy of MacRumors, we know that Apple’s second-generation AirPods have finally made their way to the shelves of stores. The AirPods were recently launched and customers who ordered them at launch gave just started receiving them. 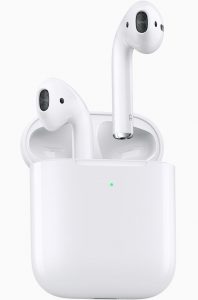 The AirPods with the Wireless Charging Case has delayed delivery dates owing to the lack of supply. So, perhaps a local in-store pickup is a more viable option at the moment, especially if you’re impatient and have been waiting to get your hands on it. Numerous stores across the United States have started stocking the newly released AirPods. What remains uncertain though is the number of units of the device in stock at offline stores. 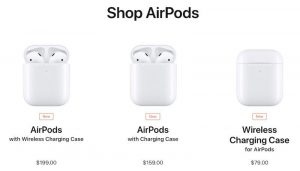 Two of the major changes brought to the AirPods 2 include an updated H1 chip, an improved range for Bluetooth 5.0 and “Hey Siri” support.

Speaking of the AirPods, how well do they actually perform? Thanks to MacRumors, we have the answer to that. While there aren’t any complaints about the new “Hey Siri” support, there are mixed opinions regards its sound quality.

Got new AirPods! Much better sound quality in FaceTime and Siri. Faster switching between devices. Worth upgrading from first gen only if your battery is dying.

While some find the sound to be the same as the original AirPods, others find there to be a radical difference with the AirPods 2 sounding a lot better. In fact, a YouTuber by the name of Gaijinhunter couldn’t control his excitement as he took to Twitter to share the good news with the world.

HOLY CRAP the sound quality on the 2nd Generation Air Pods is WAY BETTER than the 1st gen. Listening to some Daft Punk, it’s a hell of a change, and here I wasn’t even expecting a real jump in sound quality. SHeeeeeeeesh

In all honesty, how good earphones sound is only as good as your hearing goes. While it can be measured objectively, there are a few subjective elements which naturally creep in and affect user opinions.

Have you tried out the new Apple AirPods? If you have, let us know what you think of them.

Moving on, all isn’t perfect in paradise for Apple as the U.S court has ruled in favor of Qualcomm for one out of the three patents. The patent which Apple is being charged with infringing is patent no. 8,063,674. However, the company stands innocent with regard to the other two patents.

Unfortunately, things don’t seem to be looking good for Apple as the court has issued a limited exclusion order, a cease and desist order against the company. CNET has been covering the entire proceedings and claims that this ruling isn’t the final order. 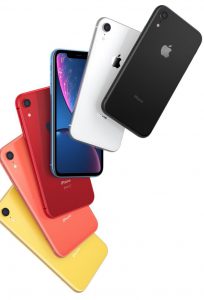 However, if Apple is found guilty, a ban will be imposed on those iPhones which infringed upon the patent. Apple has spoken to Bloomberg on having being cleared of infringing the second patent. Here’s a glimpse at what the company told Bloomberg.

Do you think Apple has what it takes to put all this unwanted publicity behind them and overcome all odds? Let us know what you think in the comments section!

That’s all, for now, guys but do tune in again tomorrow for another capsule of news from the Apple universe! 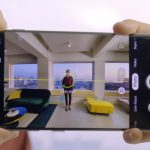 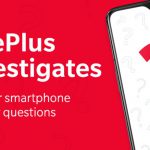