Tamper proofing is a vital job for operating system developers. The OS should ideally detect if any of the core files and/or settings are vandalized and report them. Repairing them automatically would be a bonus feature, but it may not always work as advertised (ever experienced those infinite bootloops?).

In some cases, the OS itself provides various mechanisms for third party apps to check for unauthorized modifications. One of the prime example is Google’s SafetyNet, especially its Attestation API.

The SafetyNet Attestation API provides a cryptographically-signed attestation, assessing the device’s integrity. In order to create the attestation, the API examines the device’s software and hardware environment, looking for integrity issues, and comparing it with the reference data for approved Android devices.

The generated attestation is bound to the nonce that the caller app provides. The attestation also contains a generation timestamp and metadata about the requesting app.

Some app vendors go to great lengths for further protections. They try to detect ‘unwanted’ existences of root and root manager tools such as SuperSU/Magisk. They even blacklist package names of their ‘enemy’ apps as well as ban USB debugging so that users can’t even dare to look inside them via PC.

Well, the detection methods are not foolproof. They often report false positives, like in the cases we are going to describe.

Several Poco F1 users found that Fortnite started to kick them out from the game as the famous battle royale title found that USB debugging was turned on in their phones. However, it was not enabled at all.

The bug is very much easy to reproduce. All you need to do is to unhide the Developer options (Settings => My device => All specs  and tap the MIUI version row 7 times), access it (Settings => Additional settings => Developer options) and turn on USB debugging once. You can toggle them off afterwards, but Fortnite will detect it as turned on. A user made a video recording of the glitch:

Fornite (or any apps requiring USB debug mode as off) such as banking apps) is not working on Poco F1 (MIUI official ROM) while at least once the developper option has been activated.

To be precise, the glitch surfaced after the MIUI 10 OTA update for Pocophone F1. Not only just Fortnite, but also other games and apps (especially banking applications) using the similar technique to detect the status of USB debug mode are affected with the bug.

i play FGO a lot, and I was looking for a streaming software that would allow me to mirror my phone’s screen to my computer. I eventually found one that doesn’t use USB debug, but the first one I used did. So I enabled it.

Even after disabling it afterwards, along with developer options and saved trusted usb debugging connections, FGO will still detect it is turned on, and return an error code specific for this issue (usb debugging turned on / root). It can’t be root because the app runs normally before trying this.

Users even tried to reach out to Epic Games (the developer of Fortnite), although the initiative was not fruitful: Besides Pocophone F1, the bug reportedly affects other devices running MIUI as well.

Hi, today I saw the news on fortnite and I found out that u can play fortnite without an invite, so I got excited and opened fortnite on my phone (Mi Mix 2), but when I get in the game it takes me back to the lobby and it says ‘Unable to run Fortnite when USB Debugging is enabled’ so I went to settings are turned off developer options and restarted fortnite, but it shows the same error and developer options are off, so is there a fix? Please fix it epic.

According to a moderator in Xiaomi forums, the issue is known to them for a while. They have suggested to contact the app/game developers for resolution.

Known issue. Not quite sure if this is related to MIUI or Fortnite. It doesn’t happen to everyone, so probably a game issue only. Either way, confirm the bug here : https://en.miui.com/thread-5848412-1-1.html
Contact the game developer for further assistance.

Amidst all these scepticisms,  Alvin Tse (head of Pocophone Global) has been notified about the bug.

Can you send us the list of the banking apps that don’t work?

Based on the reply from Alvin, we hope that Xiaomi will collaborate with the developers of the above mentioned apps and patch the issue in near future (like they did before). 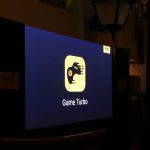 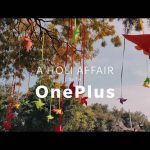