External storage support in Android is a convoluted mess since the inception of the operating system. First gen phones running Android used to contain very small internal storage, which was further shared by application data.

Official support for Secure Digital aka SD cards in Android helped end users to carry their music and photo collection without worrying too much. However, the third party app ecosystem was expanding rapidly. It became increasingly problematic to store large app data (like games) inside the small internal storage.

To overcome the issue, Google implemented a method to move certain app data to external storage, popularly known as App2SD. Third party developers extended the concept and came up with more versatile tactics, although root access was a necessary prerequisite to apply them.

Unlike many other Android OEMs, Samsung is a long term supporter of expandable storage design. One can simply pop in a cheap microSD card and instantly double up the storage of their flagship Galaxy S phone. Users are free to move apps from internal storage to SD card as well. A consumer faced move amidst the popular practice of planned obsolescence.

However, there has been a sudden spike of reports about a peculiar bug where Galaxy S10 has failed to move apps to sdcard. To be precise, you can move a number of apps in a row (usually 8) and bum! You are greeted with an error message about having not enough space.

Having the exact same issue. Stores photos and videos, no problem. But only allows 8 apps to get moved to the sd card. If I move one back to internal, leaving 7, than I can select another app (regardless of size) and move it. But I can’t get more than 8 to move.

Results in an error message on the 9th “not enough storage available”. Yet there is another 499GB available on the 512GB card.

S10 Plus Some apps won't move to SD card from galaxys10

Upon contacting Samsung US support via Twitter, they redirected one of the affected users to the official Samsung community. The forum moderators, however, unable to understand the impact of the bug initially. They tried to pin it on the developers of the apps instead. The argument was quickly proven unjustified, as the similar apps could be transferred easily depending on the sequence of moving.

I am aware of that thanks, but I don’t think you understand what is happening. The same app will sometimes transfer vs throw the error depending on when it is done in the sequence of transferring apps….not to mention the button/ability to change it wouldn’t even be in the Settings if it is an app that can’t be moved to an SD card.

As a matter of fact, moving the same set of apps to SD card works without any hiccup on Galaxy S9+.

Yes that has been a problem before but not the problem here. The S10 plus is an upgrade from my s9 plus. My S9 plus has no problems transfering the same apps on to the same sd card. I already called sprint and reverted back to the s9 plus. But thank you for your help.

Baffled users came up with a simple workaround to bypass the glitch as well as demonstrate it: Fortunately, the issue has been acknowledged by Samsung at last. A future software update should bring the fix, although no ETA has been mentioned.

Thank you for the feedback. We are aware of the concern and we are working on a fix that will be rolled out in a future firmware release. Are you facing a similar glitch on your Samsung Galaxy S10? Let us know by commenting below. 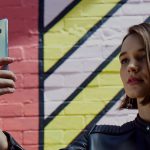 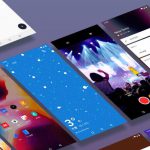