The Android Go initiative from Google is somewhat confusing from its inception. The Mountain View tech giant came with a ‘theoretically’ brilliant idea to make a tailored distribution of regular Android for low-end devices. Google’s definition of ‘low-end’ points towards devices with 1 GB of RAM or less. This special version of Android has several platform optimizations designed to reduce mobile data usage.

For example, the Data Saver mode is turned on by default. Go edition also features a slimmed down version of Google Mobile Services designed to be less resource- and bandwidth-intensive. Unlike Android One, OEMs have more freedom to customize the Android Go firmware. Keeping the stock Android interface is optional, thus manufactures can put their skins on top of the Go certified distribution.

On the other hand, the Chinese manufacturers (especially Xiaomi) have already set a new benchmark in performance/price ratio. Xiaomi’s Redmi A series phones (e.g. Redmi 5A) can easily deliver a capable entry level SoC with 2/3 GB RAM and 16/32 GB internal storage, well under ₹6,000 (~$90).

The entry level phone segment is the primary target of Android Go initiative. The problem is, smartphone makers can not opt for Go optimizations on devices having greater than 1 GB RAM. Moreover, it is virtually impossible to compete against the OEMs like Xiaomi, who are offering better specs under same, or even lesser price tag.

Thanks to the leaked press releases, we came to know about the existence of the phone way before official announcement.

Here's your first look at the Xiaomi Redmi Go, the upcoming Android Go Smartphone. Click on the images below to see full resolution renders and full specs of the upcoming smartphone, launching soon in India! (First spotted by https://t.co/Jha1L96xJX ).#RedmiGO#Redmi#Xiaomi pic.twitter.com/nf6LX4yAOP

As you can see, the phone is not a power house. Rather, it’s more of a ‘get things done’ type. The initial target markets are developing countries from Africa and south-east Asia, although official European release is in the pipeline.

I like to call it a conflict of interest. Xiaomi’s upcoming Redmi 7A would be a direct competitor of Redmi Go in the price segment (KSh 8,499 => ~$85), while giving way better performance.

It was initially speculated that Xiaomi would launch the budget oriented Redmi Go alongside Redmi Note 7 and Redmi Note 7 Pro in India. Well, the myth was debunked by none other than Manu Kumar Jain, Global VP of Xiaomi.

-----
Jokes aside, request all to follow our official channels for correct information. 🙏#RedmiNote7: 28th Feb! https://t.co/8tqYqahI6Z

Thanks to developer yshalsager and his wonderful Xiaomi Firmware Updater project, we have spotted several firmware packages for Redmi Go (codename: tiare). Among them, one is particularly interesting – it’s intended for India!

Yes, they are planning to ship with Android 8.1 Oreo while the first beta of Android Q is here.

The phone may get Android 9 Pie update in future, but don’t take my word for it. Google reportedly had faced some quirks to shape up Pie for Android Go devices.

After internal testing, and extended discussions with some of the manufacturers’ engineering teams, Google understood these regressions stem from some of the graphics improvements developers made for the higher end devices.

Google is beefing up their steps to ensure such performance impacting changes are caught well in advance on the low-end devices in the future Android releases. As such, Google will be extending the GMS approval window for Android Go on Android 8 (Oreo) to October 31, 2019.

The size of the recovery zip is less than 1 GB (~750 MB), which is possible because of the small app sizes and Android Go restrictions. Question to Indian readers, are you planning to buy the first Android Go phone from Xiaomi? Let us know by commenting below. 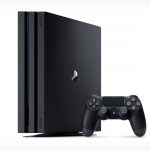