The Samsung Galaxy A50 was made official last month at this years MWC alongside the Galaxy A30.

While both are mid range smartphones (with 4,000mAh battery, Infinity U display, and “3D Glasstic” design), one of the key differences between the two is that A50 (shown below) comes with an in-screen fingerprint sensor. 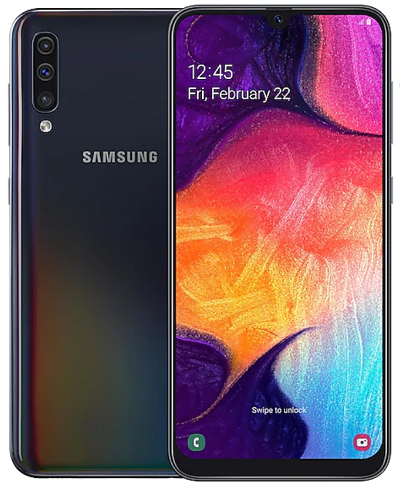 As for pricing, the device costs €349 in Europe (both Samsung Germany and Lithuanian carrier Tele2 are currently revealing this information), but is yet to go on sale there.

It is expected that the phone will be available in these regions later this week or starting next week – March 18 or March 19 onward. However, if you are in India, you’ll be glad to know that Samsung has already started selling the device officially in the country. As you can see, the device carries a starting price tag of INR 19,990, which currently translates into $287.

While many publications and professional reviewers have already reviewed the Samsung Galaxy A50, if you are one of those who wait for actual user reviews before making any kind of decision, we may have a good news for you.

Someone who goes by the name coolirisme on Reddit has shared that they have already received a Samsung Galaxy A50 and asked other interested people to shoot questions they may have in mind about the device.

We went through that thread and collected relevant information for you. So let’s begin.

On being asked about the speed of the under-display fingerprint sensor when compared to normal fingerprint sensors that devices come with, the Redditor said the in-display sensor on the A50 is “definitely slower.”

Definitely slower than a normal fingerprint sensor, by at least 0.3 seconds but it’s not terrible

They also said when using sweaty or wet fingers, the fingerprint sensor may or may not work.

It may hit or miss

When it comes to the triple rear camera setup, the user said they are yet to test it, but did say it “has slo-mo and hyperlapse.”

Didn’t test it TBQH. It does have a triple camera setup like the latest S series and has slo-mo and hyperlapse so there’s that

Further, the Redditor revealed the new Galaxy A50 supports dual VoLTE. They also said the overall performance of the phone is “great.”

Yes, it supports dual VoLTE. Didn’t try face unlock yet. Performance is fu***** great. I haven’t noticed any lags whatsoever till now. Exynos 9610 sits somewhere between SD 660 and 675 in terms of performance

Moving on, when asked about major difference between Galaxy A50 and Galaxy A30, the user said the A50 performs better and has a better camera, but can’t say the same about battery life.

However, the Redditor did say they are happy with the battery life otherwise.

Battery life is awesome. I get around 9 hours SOT on this

They also added the device doesn’t heat up much when playing heavy games like PUBG for long periods of time. On someone’s request, the Redditor also shared screenshots of all stock wallpapers that come with this device.

So that’s about it. Do let us know if you are planning on purchasing the new Samsung Galaxy A50 smartphone.

I received my Galaxy A50 today. AMA! from samsung