Initially launched for iOS devices in October 2010 and currently owned by Facebook, Instagram – an online platform that mainly focuses on mobile photography – is currently one of the most trending social media platforms on the Internet.

In other words, it is WhatsApp for photographs.

Instagram a.k.a insta or IG managed to gain immense popularity within a year. It had 1 million users in 2 months and 10 million users within 12 months.

Instagram currently has surpassed the 1 billion users mark and, comically, the most liked picture of all time on Instagram is an egg with over 50 million likes. Instagram works on all major mobile operating systems, including Android, Windows 10 Mobile and iOS. It can also be accessed on the Web via a PC, however, media can only be uploaded from mobile devices. In February of 2018, Instagram started notifying users about someone taking a screenshot or screen recording their story. This, of course, worked both ways.

Up till that moment, users had been able to screenshot other people’s stories in secret. Most users were mortified and annoyed regarding this change in policy, however, this was great news for privacy focused users. Instagram users also received this notification regarding the deployment of the above feature in their story page. In response to users’ negative feedback, this feature was removed. Last December, Instagram also tried another feature which may or may not had been intentional.They tried changing the way users scrolled through their feed, by going side to side compared to the usual vertical scrolling technique.

This change didn’t sit well with users, which caused Instagram to rollback this feature in their next update. They claimed it was in testing and it rolled out to more users than intended. Coming back to screenshots, currently, Instagram will only notify you if someone screenshots or screen records your disappearing photo or video in your direct message (for more details on this, head here).

In other words, you will be notified if someone screenshots your photo or video in private messages. Attached below is the list of message statuses regarding disappearing photos and videos.

After you send a disappearing photo or video to someone, you’ll see the status of the message (example: Delivered, Opened, Replayed, Screenshot) as part of your conversation in Direct. The following picture shows what happens when you screenshot a picture you receive via Direct Message. This was presumably done in order for people to know if their sensitive photos have been copied by the recipient. 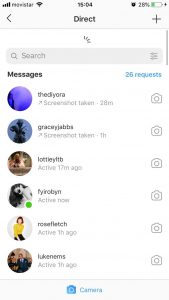 Credit to The Tab

Now comes everyone’s favorite part, how to bypass the above feature. You may wish to bypass the screenshot notification feature for many legitimate and valid reasons. If you would like to keep a copy of someone’s Direct Message photo or video, you may follow the steps below.

If you have an iPhone or iPad, you can turn on the airplane mode while you’re in the Instagram app. Then, you can screenshot the pictures required before having to uninstall the app. Once you’ve uninstalled the app, you can disable airplane mode and reinstall Instagram. If you’re an android user, then you’re in luck, for you have it a little bit easier. On android ,you have to activate airplane mode before you can screenshot the image. Next, you have to force stop Instagram after the deed has been done. 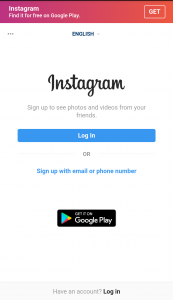 iOS users who would like to repost stories which you aren’t tagged in, you may try this trick. iOS users can install the Story Reposter app for the very same purpose of reposting stories. Android users also have access to a third party app for the purpose of reposting Instagram stories. If you have an android device, you may install Story Saver for Instagram.