We are on the twenty fifth daily dose of OnePlus news, and I like to rewind back to the very first day of your journey.

It all started on February 9th. We were not even sure about the participation of OnePlus in Mobile World Congress 2019. The most credible leak about the 5G prototype phone from the Chinese OEM at that moment was this (now cliché) one:

There was one more thing – OnePlus announced Product Manager Challenge for the community to shape up the next big feature of OxygenOS.

They are inviting users to take the role of Product Manager and pitch their ideas, complying the format of PRD (product requirements document). Senior OOS devs will review the ideas and pick the best one. The winner will get a chance to visit a nearby OnePlus launch event.

The community members came up with tons of fascinating ideas, from meditation (aka Zen) mode to weaponizing the phones. Gary C., the guy responsible for OxygenOS Operations, has told:

We had nearly a thousand threads to go through, first to narrow down to the valid ones (almost 200!) and then to rate each one of them according to a set of parameters (namely the PRD’s quality, how much would they be used and how well were they received by the community).

He further mentioned that, many of the suggested features are already being worked on by OnePlus devs. Although he have not explicitly disclose their details.

The team has finally announced Its.Leandroo as the winner! We encourage readers to take a look at their entry, which talks about a refreshed design language and visual overhaul of  OxygenOS.

I want to take things a step further, however. Finding the balance between features and design is one of the most important aspects of a phone, because we interact with it uncountable times a day. I wanted to create a consistent, fluid and burdenless experience that makes the user feel in control, while being focused on the things that actually matter.

The guy created 47 beautiful illustrations to demonstrate their vision about a clean and consistent operating system. Head over to the site that hosted all these concept renders.

OnePlus team as well as the community are highly impressed with the ‘thoughtful’ and ‘creative’ submission. Gary has hinted about a future meeting and collaboration.

We look forward to meeting you in the future.

We will be working hard in the coming months to make this idea a reality for our community. Stay tuned for periodic updates from us on the forums!

Its.Leandroo will be rewarded a free trip to the next launch event by the smartphone maker. I guess that’s gonna be the yet-to-be-named 5G phone or OnePlus 7 (or both?).

Talking about OnePlus 7 and the monumental amount of leaks around it, leakster Roland Quint thrashed the recent ‘leak’ by Giztop .

No the OnePlus 7 didn't leak this week. Gizte is just another price comparison site spamming the web with fake renders and equally made up specs. Don't be fooled by them and media that pick this up bc clickbait.

FYI, online retailers like OPPOMART loves to put a speculative render and hardware configuration before the launch of a new OnePlus phone. This time, the crown has been stolen by Giztop.

Another leakster OnLeaks, who was behind the leaking of high quality CAD renders of OnePlus 7, mocked the Giztop listing as well.

On the other hand, OnePlus announced to seize the development of HydrogenOS launcher. It is the default launcher that comes pre-installed with Chinese OnePlus phones running HydrogenOS / H2OS.

The app got its last update back in December 2018. The upcoming v1.6 will be the last version of it to bring new features. Future Android revisions (Q) will not supported natively, but long term support to ensure Pie compatibility will be there.

There is a long-standing rumor about the merging of OxygenOS and HydrogenOS. Possibly retiring H2OS launcher is just another indication of the merger.

Although OxygenOS is developed by OnePlus, the T-Mobile exclusive OnePlus 6T runs a slightly modified version of OOS. Tailor-made for the carrier branded version, the functionalities are mostly controlled by T-Mobile, not OnePlus.

There was new update for the T-Mobile OnePlus 6T a couple of days ago, which was highlighted by us in our last daily dose. OnePlus has officially announced about the update in their forums today. T-Mobile update tracker page for OnePlus 6T is yet to be updated.

BTW, today (March 11) is the National Napping Day in the USA. OnePlus wants to celebrate the day by turning on do-not-disturb mode with their exclusive alert slider! 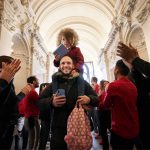 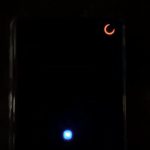