With the release of Mi 9, Xiaomi redefines the flagship category. One of the first phones with Snapdragon 855, Mi 9 packs a 48 MP shooter with up to 12 GB of RAM (on the special ‘Transparent Edition’).

Xiaomi includes an in-display fingerprint sensor, but embraces the notch for the selfie camera. Unlike Samsung’s punch hole design, Xiaomi opts for a minimal waterdrop like notch with Mi 9.

The phone was announced in China before global release, which is common for Xiaomi. After interacting with the device physically, several users noted that the notch looked substantially circular which is altogether different from the marketing materials.

After posting the same in Xiaomi forums, a moderator assured the users that subsequent OTA updates would fix the issue.

In an earlier article today, we discussed about the availability of the first official MIUI builds for the Chinese models of Mi 9 and Mi 9 SE. The development team of Xiaomi seems to be on fire, as the first incremental update for Mi 9 is now live!

A Weibo user has shared the details of the update. The changelog clearly mentions ‘waterdrop’ as an improvement.

A quick English translation gives us the following:

The new update is carrying the version number 10.2.11.0, which is a minor increment from the initial build (10.2.5.0). The translated changelog, however, looks way overweight for a minor update.

The same user has posted a side by side comparison of the new notch of Mi 9 after applying the update with that of OnePlus 6T.

TBH, looks more like a waterdrop to me now – doesn’t it?

Presumably Xiaomi engineers added a new overlay to handle the notch section, which was missed (?) on the build installed from factory.

Kudos to the Xiaomi Firmware Updater project and its developer yshalsager, we now have the link of the full update zip. Here we go:

You guys should know the drill: download the package and use it for manual system update.

Moreover, Xiaomi has announced recruitment for beta testing the developer builds for Mi 9 and Mi 9 SE in their Chinese forums.

The global release of Mi 9 is scheduled on February 28. Just before that, the call for beta testing is pretty significant.

Few days ago, Xiaomi engineer Ivan suggested that the Chinese OEM is planning to tune up the FOSS development and release kernel source codes as soon as possible.

Well, posting the kernel source of Mi 9 on launch day was not a gimmick then. Expect some serious development with these phones in near future.

We received your feedback about our old dot drop design, so we changed it. 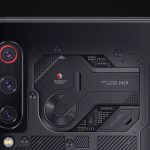 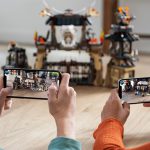