We’re back with the latest tales from the world of Apple. This daily installment will keep you updated on all major changes that Apple is bringing, related to its apps, developers, news, promotional offers, and even the possibility of Apple Music coming to Google Home devices!

It doesn’t seem to be another day in paradise for Apple. The company is set to prioritize active services like its subscription-based ones.

Apple has been working on delivering its Apple News service through pay-walled news content and magazines. Naturally, this would involve a monthly fee subscription. While it may have been shown to be beneficial to publishers in a 50/50 arrangement of profits, in reality, it isn’t exactly so. Some reports claim that Apple is having quite a bit of difficulty in getting news-focused publishers on board. Rumor has it that these publishers feel there is just too much work involved with a very little return. Apple is known for a lot of things but certainly not for news.

It would probably take a while for the company to gain a strong foothold in this field.

However, to be fair, Apple News is steadily growing strong. The company already has nearly 90 million regular users with 70 million of them being monthly subscribers in the U.S and the rest consisting of an international audience. It seems like all Apple needs for its user base to increase is time!

Speaking of time, it’s time for Apple fans in Australia to cash in on one of the biggest trade in-offers for the latest Apple iPhones. Australian iPhone owners can trade in their old phones and avail an attractive discount when upgrading to either the iPhone XS or iPhone XR.

Do bear in mind that this exchange offer is only valid on certain iPhone models. For instance, an iPhone 7 user in Australia can trade-in the old iPhone and purchase the iPhone XR for as low as $849. This trade-in offer expires next week on Monday, March 4. This isn’t exactly new as the trend broke out first in the U.S last November and made its way to international stores last December.

Apple has been doing everything to promote its iPhone XR and XS, even going as far as posting a new ad campaign video showcasing True Depth feature of both cameras.

Perhaps the slow sale of its 2018 iPhones has had quite a psychological effect on the company and Apple is now trying to do its best to sell the remaining units of those iPhones.

The Cupertino-based company is also doing a lot in an effort to retain them. Apple is allowing its developers for iOS, macOS and tvOS to offer discounted subscriptions to past subscribers. This will function in a manner similar to introductory offers. Past subscribers will be offered promotional offers in three categories.

These include free trial subscriptions, discounted subscription fee for subscriptions of more than a single month and also a one-time payment for a specific duration of time.

The company is allowing developers to offer up to ten of these different promotional offers at one time. Since these offers will also be extended to existing subscribers, it will help Apple to not only retain but also win back its subscribers.

New subscribers will not stand to benefit from this promotional offer but will still enjoy the benefits of Apple’s introductory offers! Moving on, the adoption of iOS 12 is steadily on the rise as the company has confirmed another 5% increase since the beginning of 2019. This means that over 80% of iOS devices have adopted iOS 12 and are running on the latest version of the software.

This news surfaced on the Apple App Store Developer Page where the company earlier claimed that as on 1st January 2019, 75% of all devices were running on the latest version of the software. Just a month before that, reports revealed that 70% of all of its devices had adopted iOS 12.

From sheer numbers, it’s quite clear how popular iOS 12 is. In fact, it has overtaken the rate of adoption of the previous version of the software, iOS 11. Apple is continuing to better its software by frequently adding more and more features and promptly releasing public betas for developers with a myriad of bug fixes.

Courtesy of an image shared by MacRumors, we know that Apple Music may soon come to Google Home devices. Yes, you heard that right, Google Home devices may have Apple Music integration. The listing is even present in the Google Home app for iOS devices. However, he feature hasn’t gone live yet, as you still cannot link Apple Music to these devices. Prior listings mentioned that the app was only available on iOS devices. In all probability, this is the company’s way of expanding its services to increase the flow of revenue. Rumor had it that Apple was going to prioritize its services and subscriptions and it seems like there is definitely some truth in it. Last but not least, TestFlight for iOS has received a minor update consisting of new features as well as bug fixes. The app is now updated to v2.2.0 and brings with it 38 new languages additions. In addition to this, Dynamic Text support has also been added to this latest version of the application.

TestFlight, for those who aren’t aware, is a free to download app which makes it easy to invite users to test your apps and collect valuable feedback before releasing your apps on the App Store.

That’s all for today folks but make sure to tune in tomorrow again for your daily dose of Apple news! 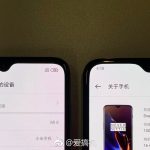