Multiple user profiles support on PC operating systems is an age-old feature. A user can easily setup their work environment on one profile, and use another profile for the kids to play games – without hampering anything on the former.

Google added multi-user functionality in Android in 4.2 AKA the second iteration of Jelly Bean. However the feature was restricted to tablets only.

Modders found multiple wayouts to break the artificial limit and port the feature to phones. Some OEMs (and carriers) deliberately removed the code to handle multiple user accounts from the core OS altogether, thus those ports were not sufficient to bring back the feature on phones.

With the release of Android 5 Lollipop, Google finally added proper official support for multiple user profiles in the OS. A ‘Guest’ user with limited functionalities could be easily added, even on phones.

For enterprise use cases, this feature is a mandatory requirement. Admins need to tune up several settings on a device to comply with the organization’s security and management policy. With the introduction of multiple user accounts, Google made it a cakewalk – especially for BYOD environment.

Enabling a work profile allows organizations to manage the business data and apps they care about, but leave everything else on a device under the user’s control. Administrators control work profiles, which are kept separate from personal accounts, apps, and data.

By default, work profile notifications and app icons have a work badge so they’re easy to distinguish from personal apps. Work profiles allow an IT department to securely manage a work environment without restricting users from using their device for personal apps and data.

Based on several reports, it seems that OnePlus has accidentally broken the work profile option in OxygenOS 9.x based on Android 9 Pie.

@OnePlus_IN @oneplus @OnePlus_Support my work profile setup on my OP 5 keeps stopping and crashes. i am unable to create my work profile. I recently upgraded to android pie. Raised this question on OnePlus forum as well, but no reply from anyone. It's really frustrating.

The symptom of the bug is as follows: whenever a user installs any enterprise mobility management (EMM) app, the work profile creation wizard crashes.

One user has examined the crash log, which reveals that ‘Managed Provisioning’ (package name: com.android.managedprovisioning) is responsible for the error.

According to Google, it is part of the Device Administration workflow:

Managed Provisioning is a framework UI flow to ensure users are adequately informed of the implications of setting a device owner or managed profile. It is designed to act as a setup wizard for managed profiles. Couple of bug reports (example: here, here) have been filed under the Feedback section of the official OnePlus forum. Looking inside r/oneplus subreddit, we have found similar reports as well.

As a matter of fact, OnePlus is well aware of the issue:

My Bugreport is here https://forums.oneplus.com/threads/urgent-work-profile-setup-keeps-stopping.975490/ I also went to the oneplus experience store here in Kolkata,India and they took a bugreport. Bobby D. from the bug hunters group contacted me and said they are looking into it. Hope they can isolate and fix it soon because it makes the device unusable for work email 🙁 It is expected that the bug is scheduled to be fixed on the next Open Beta and/or stable update.

OnePlus engineers provided multiple updated APKs of Managed Provisioning as hotfixes. Based on user feedback, the latest one of those probably solves the issue.

new apk is available that worked for me https://drive.google.com/file/d/1ll6HLyaBof4qeqPeZSOVBZqnt-7L4kN0/view?usp=sharing Sideloading (or using beta OS) is not always a feasible option in these enterprise usage scenarios. Hopefully OnePlus will rectify the bug as soon as possible on stable channel of OxygenOS, (correction: they are not. Thanks for the tip @JasonBayton!). 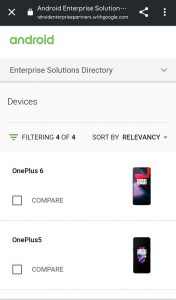 I can’t help myself, so here is an alternate headline: OnePlus should be demoted from Android Enterprise Recommended list for this critical bug!

Have you faced the issue on your OnePlus phone? Comment below. 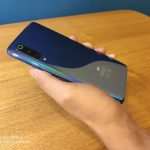