The whole app permissions on smartphone is a complex blackbox. What an app on your phone can do and can’t – you just can’t draw a line between them.

Rough developers exploited the loophole on earlier iterations of Android. A typical endless runner game might upload your entire SMS history in background and you could not suspect anything.

Granular permission control made its way in Android under the hood of ‘App Ops’ in Android 4.3 Jelly Bean, albeit it was hidden from regular user UI. The modern runtime permission in Android, which we are familiar with, was introduced later with Android 6 Marshmallow. Similar restrictions can be imposed manually by users with root access, but a native implementation makes it more feasible. The ‘App Ops’ feature still exists in Android, but without any graphical user interface. 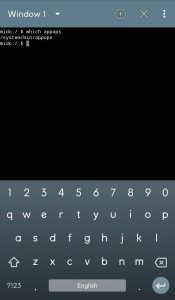 App Ops binary in MIUI 10, based on Android 7 Nougat With all those precautionary methods, some fundamental sensitive informations can still be abused via call log and SMS related permissions. Google started a massive crackdown since October 2018 by hardening the Google Play Developer Policy to protect them.

You should only access Call Log or SMS permissions when your app falls within permitted uses and only to enable your app’s core functionality.

Core functionality is defined as the main purpose of the app. It’s the feature most prominently documented and promoted in the app’s description; no other feature is more central to the app’s functionality.

If this feature isn’t provided, the app is “broken” or rendered unusable (i.e., app is deprived of its primary functionality and will not perform as a user would expect).

As a collateral damage, many useful apps such as automation tools or call recorders were affected. An entry was submitted in Google Issue Tracker for whitelisting those apps. Google later updated their exception list, and it did whitelist some of those apps. On the other hand, the crackdown (not a part of Project Strobe, but somehow related) actually forces spooky apps to stop collecting sensitive personal data. Facebook, one of the biggest player in this data collection game, seems to be affected as well. Somehow it has my entire call history with my partner's mum pic.twitter.com/CIRUguf4vD

Facebook pushes numerous builds via various closed and open release channels, thus pinpointing the exact version and time period for the change is difficult. Jane Manchun Wong AKA @wongmjane, a famous reverse engineer, hinted about the changes during the past week.

The app no longer contains the code that touches call logs, hence no longer asks for such permission

The app no longer contains the code that touches SMS, hence no longer asks for such permission

While we have not fiddled with a bunch of SMALI snippets, the absence of permissions should be safe to assume that the relevant internal codes don’t exist anymore.