[March 01 update] Garmin Connect not working, not uploading / syncing to Strava (servers down for maintenance, even site down) Looks like the Strava service is currently down as a lot of users are reporting about server sync issues. Specifically, users of the the Android app are getting ‘Data Sync Failed’ error.

Is @Strava down? Having withdrawal symptoms 😂😭

@StravaSupport Is Strava down right now? I'm getting a "data sync failed" error on my Feed. #strava

@Strava The Android app doesn't work since the latest update (fails to load most times or shows 'data sync failed' message). Plz tell me you're working on a fix 🙏 my favourite app

Strava is having issues since 12:58. https://t.co/c2vq1XLxLy RT if it's down for you as well #stravadown

When tried accessing the Strava website, and seems like even their site is down at the moment (Update: it’s back up now, but dashboard still isn’t accessible to many).

Oh no, I broke @Strava pic.twitter.com/ImYJ7cwOSX

For it’s part, the team behind the “social network for athletes” hasn’t said anything, but we are looking for more info, and will update the story with relevant details soon.

Official word: Strava has acknowledged the problem and is currently investigating.

We were able to access the status page for Strava, where – in addition to confirming the problem and revealing investigations are ON – the company has also revealed it’s a major outage affecting their website, API, and uploads.

The company has provided another update, but nothing new.

We are continuing to investigate this issue

Another update. Strava now says the issue has been identified.

We have identified the issue and are working on a solution

Looks like Strava is coming back to life slowly.

Oops. Latest Garmin Connect status shows everything is down.

#strava and #garmin both down?!?!? End of world stuff here! pic.twitter.com/81uZ3dO8aZ

The company says Garmin Connect is under maintenance currently.

About to get the brick out to adjust the garmin but it appears connect is broken 🧱 pic.twitter.com/4JXZuQpsur

Meanwhile, Strava says a fix has been implemented, and the situation is being monitored.

A fix has been implemented and we are monitoring the results

Another update from Strava:

We are continuing to monitor for any further issues

Garmin Connect is currently down. Strava systems are back to operational

[status] Monitoring: Garmin Connect is currently down. Strava systems are back to operational. https://t.co/T5lLoAQNBH

While servers are still down, outrage is growing over Garmin’s poor handling of this outage.

Poor social media efforts by @GarminUK @GarminFitness on a day with a major @garminconnect outage. The latter account has only tweeted once . Ever. They probably don’t have a social media team. @StravaStatus does update frequently at least .

Even Garmin Connect’s official website is down at the moment. Sorry for late update, but all Garmin Connect systems were back up a few hours later. Check out current status here. However, some users are reportedly still facing issues

@Garmin @StravaSupport 2nd day activities not uploading to Strava. Logged out of both apps and logged back in but still not working! Can’t even connect strava to my Garmin connect account now

(Also check out our comments section).

The service is again down. More info here. 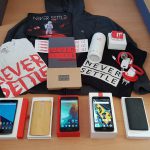 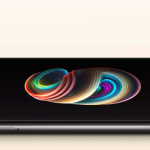