Have you ever looked carefully on the side of box of your OnePlus phone? There should a little message which reads like the following:

Created Together With Our Fans.

Created together with our fans. Check out how your feedback makes better technology. https://t.co/vErBcGRqXX pic.twitter.com/qEw1Xt6Vi9

The Chinese OEM is often considered as one of the best consumer and dev friendly smartphone maker. Take a look at their software development cycle: they offer regular users a chance to participate in the beta testing phase via their Open Beta program.

The official community app (‘OnePlus Community‘) is also bundled with OxygenOS so that users can easily share feedback and bug reports. There is a separate section for tracking feedback on the online forum as well.

The Open Beta (OB) and stable channel builds are not entirely different. Usually new features and experimental bug fixes are initially introduced on the OB builds. If majority of the reviews are positive, OnePlus engineers port the changes on the stable channel.

For the internal differences, switching from stable to beta channel (or vice-versa) requires a data wipe. Previously it was possible to skip this prerequisite on older phones by manually sideloading appropriate update zips.

Unfortunately OnePlus removed the option to sideload from their stock recovery for devices with A/B partitioning scheme – like OnePlus 6 and 6T.

As Open Beta builds usually carry a newer timestamp than the stable build available at that time, users can not switch/downgrade from Open Beta to stable via the ‘Local upgrade’ option.

OnePlus used to provide special rollback zips for users which could be used with Local upgrade or stock recovery (in case of OnePlus 5/5T and older). These zips can install appropriate stable version and wipe data to ensure a safe transition.

Well, ‘used to’ – as they never published such a rollback zip for OnePlus 6T. The unlocked global variant of OP6T joined the beta party in December 2018. Even after 4th beta release, users don’t have any official way to go back to stable channel, especially on locked bootloader.

Funk Wizard, an eminent member in OnePlus community, tried to reach out to the company but the effort was not fruitful.

For the time being there is no revert to stable zip shared by the team. I will try and get one if possible. On the locked bootloader its not possible to do a clean flash so you may have to wait for the next stable release to have the stable over the beta. Till we have a wipe away universal build the build date wont allow a rollback keeping the device safe from a loop.

Due to the open vulnerabilities on OnePlus phones, advanced users are also sharing leaked Qualcomm EDL flash packages in forums. These packages can re-flash the entire phone to a stable build and relock the bootloader. Google’s rollback protection in Android Pie can be the reason behind this strategy from OnePlus. Nonetheless, end users are suffering and searching for a definite answer from OnePlus. Have you ever participated in the Open Beta program by OnePlus? 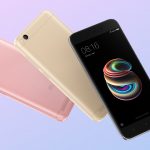 [Re-released with new build] Redmi 5A getting stable Android Oreo with MIUI 10.1.2 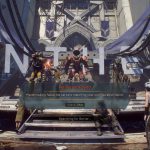