reddit‘s new set of policies started a storm inside multiple subreddits, as moderators are targeting NSFW contents in terms of ‘loli’ crackdown. The concerned communities are accusing admins for ‘not understanding’ the cultures, and the controversies are exponentially rising up.

With 330 million active users per month, reddit is one of the largest and versatile internet communities. While it is virtually impossible to create a standard rule set that can satisfy the different demographics and wide ranging subject areas, reddit tries to stick with their no-sexual-content policies.

There is no strict line between child pornography and drawn/animated pornography depicting minors. In common culture, ‘lolicon’ and ‘shotacon’ are two slangs which are used to depict attraction towards young or prepubescent females and males, respectively.

The root of the phrases (especially ‘lolicon’) is Lolita Complex which is, on the other hand, derived from Vladimir Nabokov’s book Lolita. The book describes the narrator’s sexual obsession with and subsequent rape of a 12-year-old girl, whose nickname was Lolita.

In Japan, animes and mangas are playing important roles to practise these genres. Cultural exchange, arrival of internet and console gaming made them popular in the outside world.

With time, the definitions are changing. The degree of correlation with pedophilia is reduced drastically. In case of reddit, new groups are rising. Some of them are dedicated to protect the ‘loli’ contents from being lewd, thus avoiding the banhammer.

Because loli is an ambiguous concept for what they’re trying to accomplish. The only definitely common thing between all lolis is that they’re short/small and have cute childlike features. Loli range is literally from big-titted Hestia from Danmachi to the girls from Kodomo no Jikan, which from the name “Children Time” is obviously appealing to the pedos.

I’m interested in the “appears to be a minor” part though. I’m just waiting for some 20-year old girl getting banned because she posted a pic of herself and she’s a real life loli. But chances are they’re not going to apply this rule impartially, so real life pictures are going to get ignored and anime communities are going to be purged.

r/lolice used to be a very large and popular subreddit which started out as a satirical protector group. But eventually it turned into the very thing they said they weren’t about.

The controversies started to fume when the whole subreddit was banned. Other communities have joined the unrest as mods are permanently banning non-vulgar loli arts, anime clips – even users discussing about popular MMORPGs.

Reddit prohibits any sexual or suggestive content involving minors or someone who appears to be a minor.

This includes child sexual abuse imagery, child pornography, and any other content, including fantasy content (e.g. stories, anime), that encourages or promotes pedophilia, child exploitation, or otherwise sexualizes minors. Depending on the context, this can in some cases include depictions of minors that are fully clothed and not engaged in overtly sexual acts.

If you are unsure about a piece of content involving a minor or someone who appears to be a minor, do not post it.

Reddit prohibits any sexual or suggestive content involving minors or someone who appears to be a minor.

This includes child sexual abuse imagery, child pornography, and any other content, including fantasy content (e.g. stories, “loli”/anime cartoons), that depicts encourages or promotes pedophilia, child sexual exploitation, or otherwise sexualizes minors or someone who appears to be a minor. Depending on the context, this can in some cases include depictions of minors that are fully clothed and not engaged in overtly sexual acts.

If you are unsure about a piece of content involving a minor or someone who appears to be a minor, do not post it.

One of the prime debates are intensified around the ‘appearance’ part. An artwork can be seen from different perspectives. Besides, age of a character is subjective: 500 years old vampires in animes are absolutely common characters.

But right now the guideline is that anything deemed “suggestive” and involving a character that may look underage, and unlike “explicit”, or even “underage”, “suggestive” is a pretty meaningless word, because I don’t think anyone can agree on what is or isn’t suggestive. There are points in the history of western culture (and cultures in the modern day) where showing ankle or uncovered hair was widely considered “suggestive”.

tldr if they want to crack down on some stuff, fine, but do it in a way that isn’t open to “Whatever J random mod feels like”.

u/holofan4life, a well-liked moderator of r/Animemes, was banned for posting an anime art of a girl with a swimsuit. The situation is getting worse since then, with truckloads of hate posts, mass user banning, personal threats and fake user comments. Users started public petitions and created a separate subreddit to bring their favorite mod back, but the future is cloudy.

The crackdown indirectly affects popular gaming groups and communities as Discord is also under fire for selectively banning servers based on similar allegations. The moderators are accused for abusing their powers and being biased towards ‘cub’ contents – giving them special allowance.

Memes and cartoons on moral policing are raging and filling up the subreddits. In case you are curious, Tumblr is another name in this list of services banning adult contents. What’s your opinion on the whole banning saga? Let us know by commenting below. 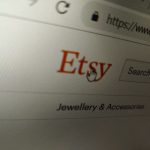 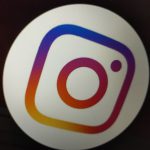